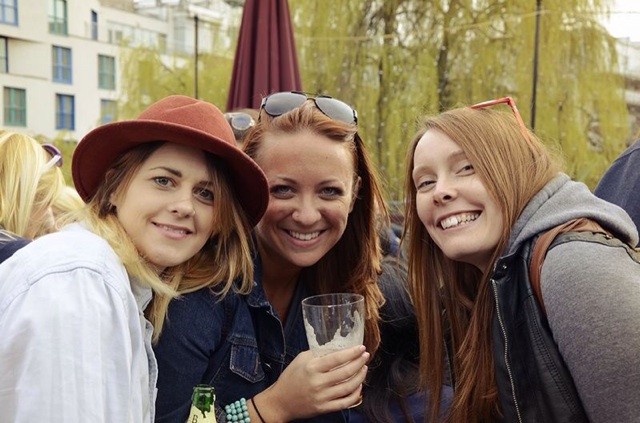 So I was drunk. Then I was asleep. And now I’m in London.

I did awake briefly before we landed. Long enough to get a coffee and complete my UK Customs Card. I spent the remaining 46 minutes in flight swaying to the sounds of the Alabama Shakes in my iPod, wedged between two American men, one on either side, both intently watching wildlife shows on their seat back televisions. Weird. I wonder how long I slept… And if ill be able to survive the remainder of the day off that mediocre rest. *sips coffee*

Well, BRING IT ON, LONDONTOWN!

Our adventure began with one of the warmest welcomes a girl could ever hope for.

I staggered off the plane when we landed, eyes limp with exhaustion, muttered my way into the country at the customs counter, collected my big blue backpack off the baggage belt and exited into the Arrivals area of Heathrow Airport to see my dear friend Rob waiting for me. (Rob is an English friend of mine, who is actually responsible for my personal website you all visited to get to this blog… So thanks Rob!) This was the first time I’d had someone pick me up from the airport in London, where I didn’t have to navigate the trains through my crippling jet lag… And let me tell you, it was a treat! (And the beautiful sports car we sailed into the city in just added to the magic of it all…)

Kaley and I flew separately, so we planned to meet at the hostel early that afternoon (she was due in before me, earlier that morning). We strolled into the hostel bar/reception (yes, they’re one in the same, haha) and immediately located her sitting there, wide eyed, with two drinks in front of her having not slept at all really on her flight over. I changed quickly, added a few spritzes of body spray and we sat down outside with an ice cold cider at the hostel picnic table. 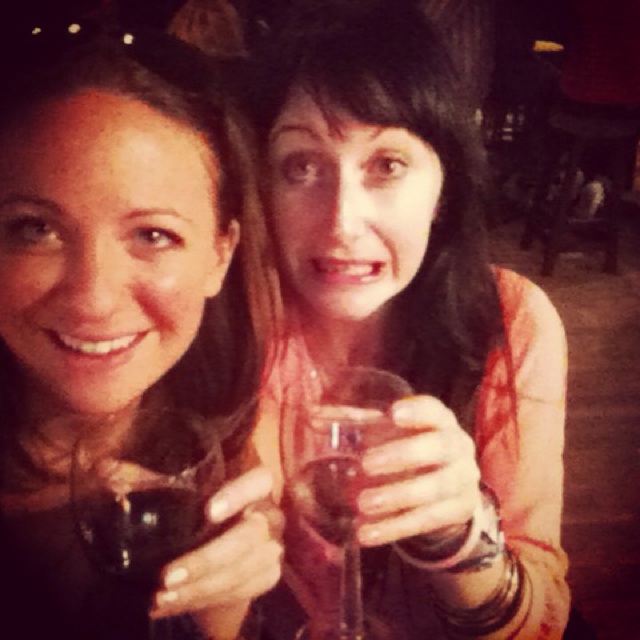 We both have a number of English friends we have met on previous travels elsewhere in the world, and recognizing that with our limited time frame, it simply wouldn’t be possible to visit everyone in their respective towns, cities or hamlets, we invited everyone to meet us for a Sunday visit in Camden market (near to where our hostel was). To our delight, everyone came out! Within the hour, that picnic table was crammed with the bottoms of our favorite English folk, and the table was covered with ciders and pints and plates of nachos, the sun beaming down on us (weather well worth mentioning considering up until that day, England had been plagued with a very cold, snowy spring that resembled home a little too closely for our liking.) 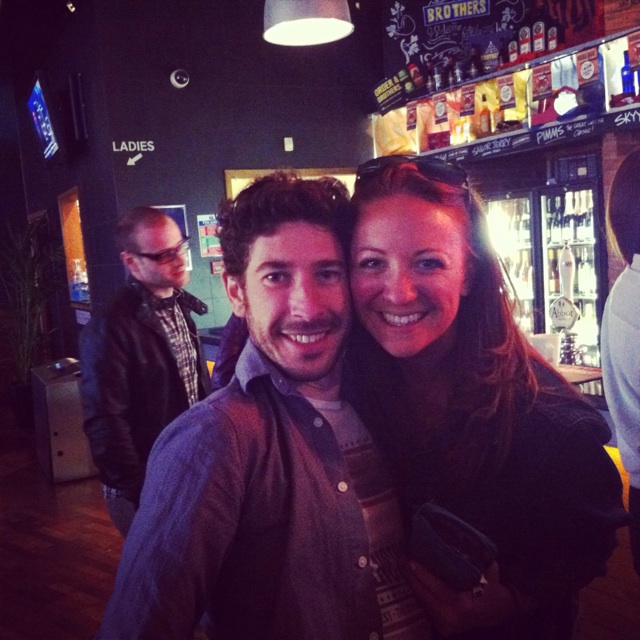 And so as the afternoon progressed, as did we. Our increasingly large group navigated its way through the crowded streets of Camden, popping in and out of pubs as we went. The drinks continued to flow, as did the laughs, until at perhaps our fourth stop of the night, the sun had set and being that most of our friends had to work the following day, everyone stumbled off to catch their trains home, while we fishtailed down the sidewalk back to our hostel.

Kaley, although a practiced insomniac and all around “trooper”, was well ready for bed. And so, after a quick slow dance in the hostel bar, I tucked her into her top bunk… And returned down to the hostel bar…? I can’t quite work out why I didn’t just turn in, myself, but I didn’t. No, instead my night continued on for a few more hours of karaoke, stairwell concerts and perhaps a few glasses of red wine. As ya do….