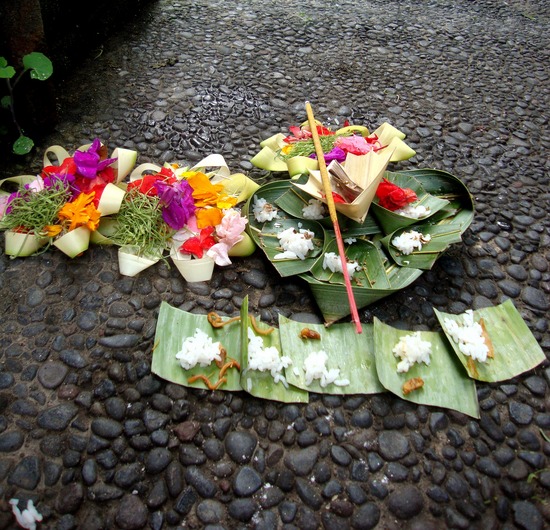 Jan 16 @ 3am… I’m here. In Bali. For real. I can hardly believe it. And the fact that it’s too dark to see anything doesn’t help. I’m about to fall asleep to the sounds of the river and the monkeys playing outside my window. Let’s see how the world looks when I wake up.

Jan 16, a little later in the morning…

Wow. Wow wow wow wow. Wow. I am stunned speechless. Waking up in Bali. There’s just nothing like it. Bali, well Ubud anyway, is the paradise you imagine when you imagine paradise. It’s lush and humid. It’s tranquil. It smells of burning incense. I don’t even know how to do it justice with words, haha. If only I were a better writer.

I woke up on my first morning and set out in search of money. After Cuba I’m a little nervous about this being an issue. But as my luck seems to be changing, it went smoothly and I was able to withdraw 1,500,000 Indonesian rupiah which is equivalent to approximately $165 Canadian dollars. My plan for this trip is to operate on a $35 per day budget. Sometimes it may be slightly higher, as I hear Bali is more expensive than Cambodia, Laos and Thailand, but that’s my guideline. After my nerves settled knowing that was done and taken care of, I wandered back to my hotel and into the garden to enjoy my complimentary breakfast. Green banana pancakes with coconut syrup and a plate of fresh fruit. The pancakes were more like crepes and no, I have no idea why they were green, but it did sort of add to their charm. 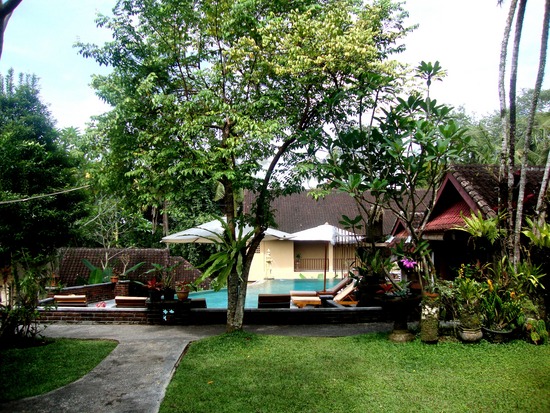 After my breakfast I thought I may as well treat myself to some luxury. After my struggle to arrive here, I figured I deserved it. So I wandered a little down the street and collected brochure after brochure from the hopeful Balinese girls standing along the street handing them out saying “massage for you? cheap cheap?”. I settled on a Javanese Lulur treatment (I think that’s what it was called…) which consisted of a one hour Balinese massage, a yoghurt body scrub and a flower bath, all for the bargain price of 120,000idr (or $13ish dollars).

I happened to walk into the spa at the same time as another traveler – a big, tall, awkward white guy. White as in Caucasian, yes, but also white as in white. Tan free. Which lead me to believe he had just arrived as well. We were each lead into a “room” which was created using a combination of partitions and curtains. I was given a pair of packaged underwear to wear and told to strip down completely. So, I did. And while I was stepping into my less than attractive underwear, my masseuse pulled aside the curatin and walked back in. Alright then. No polite knock on the door to see if I’m tucked modestly under my clean white sheet? Nope. There was no white sheet. Just me, my bare breasts and my masseuse instructing me to lay face down on the cushioned massage table covered by something resembling a table runner.

The massage was fabulous. And mildly painful, haha. Then all of a sudden… SMACK! She smacks my right foot. And then again. And again. And then the other foot. And then I hear from the other side of the partition… SMACK! SMACK! Haha. It sounded like some kind of kinky sex was going on, not a massage! I suppose that’s just how the Balinese roll.

Oh and yes – she massaged my breasts. *Flashback to Morocco* Haha. Gord, don’t you kinda wish that’s how we gave massages in Canada too? (For those of you who don’t know, Gord is my friend/massage therapist.) 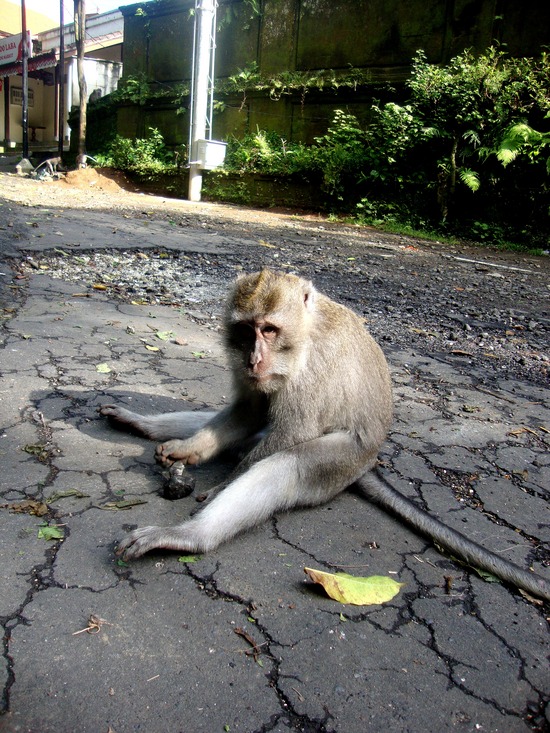 Once the hour of kneading and smacking was up, she brought out the yoghurt and proceeded to cover my enter front side in exfoliating orange goop. And then, she left. For what seemed like an eternity but was probably more like five or ten minutes. But long enough that I started to wonder if she’d forgotten about me. I started up at the roof and looked around as much as I could from my horizontal position. My “privacy wall” of satin peach curtains had a fairly large gap between them. I could hear the big, awkward white guy getting up and walking to the till. He would definitely have a full view of my orange yoghurt-covered breasts top down. I stared back at the ceiling as there was really nothing else to do. I certainly couldn’t get up dripping orange to close it as he would just end up with a complete full frontal. So I just layed there. Exposed and goopy. Finally my masseuse returned and proceeded to scrub me down, removing layers of dirt and dead skin as the exfoliating beads rubbed hard against me. Ouch. *Flashback to Morocco*

The best part was the grand finale and maybe the most romantic thing I’ve ever done – even tough it was just me. Haha. The flower bath. Seriously kids – DO try this at home. Savannah, Queen of Baths, try this next time you settle in for a few hours of soaking. It will make you feel like royalty. The entire surface of the water was covered completely in a blanket of red and purple petals. They stuck to my skin and smelled delicious. So incredible. Seriously – create your own flower bath at home. You can pick up leftover flower petals from any flower shop for cheap, or even free sometimes.

So essentially, I’m hooked on massages. Later that day after hooking up with Sophie we wnet for a head massage and a pedicure – all for only $6.50. Yes, the same day. What can I say? I spoiled myself. 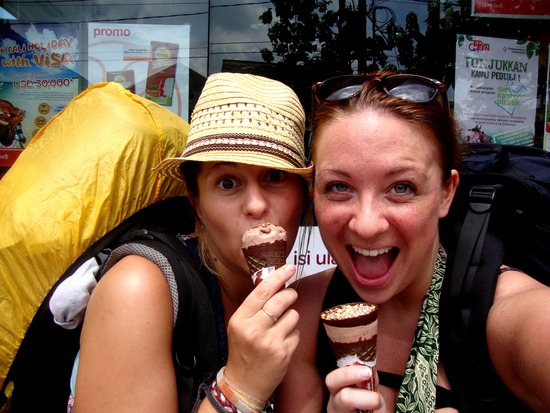