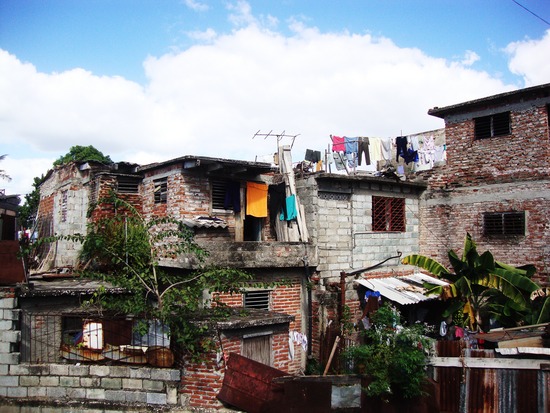 So, we ended up deciding to stay a night in Santa Clara. Okay. I’ll back up here. Savannah (for those of you not yet aquainted with her, or confusing her with the Savannah from the South America trip – she is my lovely roommate and dear friend from about 7 years ago, mother to little Makenna, and overall dance competitor, teacher and enthusiast) and I met in Toronto after our matching red eye flights from Calgary and Edmonton respectively, grabbed a big breakfast of Eggs Benedict (my all time fave) and were whining about how tired we were.

Original plan: Get into Varadero on November 13 and head to our pre-booked casa particular for our five nights of fun.

What changed: The flight loads to Varadero on Saturday pretty much sold out, so we had to make some adjustments and (sigh) go out a day early and into Santa Clara instead. (I know, tough life right?) We figured we’d get into Santa Clara and hop onto the 4 hour bus into Havana. And hope our casa would take us a night early since they didn’t seem to be responding to our email inquries.

New plan: We figured, why rush ourselves? We’re exhausted. Why not book a night in Santa Clara and see another spot on Cuba’s map! So, we did.

Santa Clara: A little Cuban town of only 200,000 locals – completely unprepared for tourists to be freely roaming the streets. I know. WestJet filled an entire plane with tourists going to Santa Clara – how could they be unprepared? Well, all those tourists were going to the resorts. And I can honestly say ALL of them because when we got to the airport and asked for a taxi, the information booth assumed we simply wanted to get to the resorts sooner than the tour busses would get us there. There were NO taxis at the airport. Can you imagine? An airport with no taxis? No public transportation besides pre-booked tour busses to ship you off to your resort where you don’t have to leave or think for an entire week? Scratching his head, bewildered by us and this request, he called us a taxi. Which obviously wasn’t even in the vacinity because it took a good 20 minutes before it puttered up to a stop in front of us. 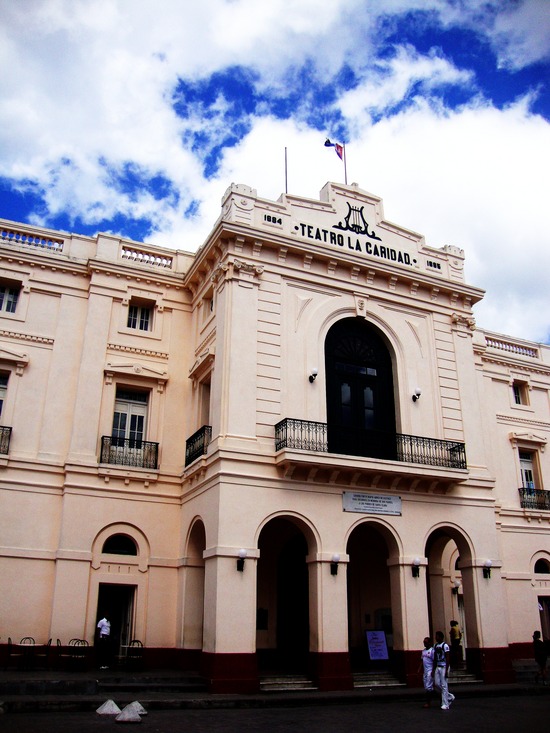 So, here’s sorta how Santa Clara went for us. As I scribble this into my black notebook (a gift from my dear friend Colin) in my twin bed with the rock hard pillow and gold satin comforter, I can Ernesto (the home owner), snoring through the walls in the other room. A casa particular, you see, is a new type of accommodation in Cuba and one of Cuba’s first shot at private enterprise. Basically a home owner can create a sort of bed and breakfast set up and register with the government and pay a fee to be able to advertise and rent it out. We found this little place on hostelbookers.com. My tried and true travel accommodation finder. It’s cheap. And it gives you a bit more of a chance to see the REAL Cuba. Not just what the resorts have to offer. Although, it really does appear we are the only tourists Santa Clara has ever seen, so I can’t imagine how lucrative it is. At least not here.

Upon our arrival at our little casa, we quickly washed up in our “warm” water shower, big enough to fit six people all at once but with only enough water spitting out to wash one limb at a time, and went out in search of comida (food) and perhaps a celebratory beverage, now that the trip was officially underway.

As per Lonely Planet’s recommendation, we ended up at BarqoCentro on the rooftop patio with views over looking the Parque Central (the main square in Santa Clara). We requested the menu and were told “sandwich con jambon y queso” and mojitos were available. So… alright. I guess we’ll have two sandwiches and two mojitos. Gracias.

Six mojitos later (now now, don’t be judgemental, it’s our vacation afterall – the fact that it was mid-afternoon just didn’t matter) – one round purchased by a table of local guys sharing a bottle of tequila – and we were involved in a full on exercise in translation with a few locals – desperate to pick our brains about travel, jobs back home… and what we were doing there.

After a couple hours, exhausted from the constant switch between languages, we excused ourselves in search of a restaurant with a real menu, capable of curing our aching stomachs.

Somehow… and I honestly don’t know how (maybe it was the six mojitos, just a guess) we ended up at dinner with MORE locals who spoke even less English and kept the cervesa coming and ordered the entire table their very own jambon y queso pizza (seriously – ham and cheese EVERYTHING) – which was delicious aside from the strongest cheese I have ever tasted that sort of knocked you on your ass. Unable to make even a dent in all the food, we asked for it to go. A simple request for a restaurant, no? They asked Savannah to put out her hand and piled three pizzas one on top of another and bid us good night. So now, here we are, a little drunk, exhausted, wandering with a group of locals through the evening streets of Santa Clara, with a tower of stinky cheese pizza in our hands. How the hell did we get here? (A question we found ourselves asking continuously as the trip continued on. This was only day one.) 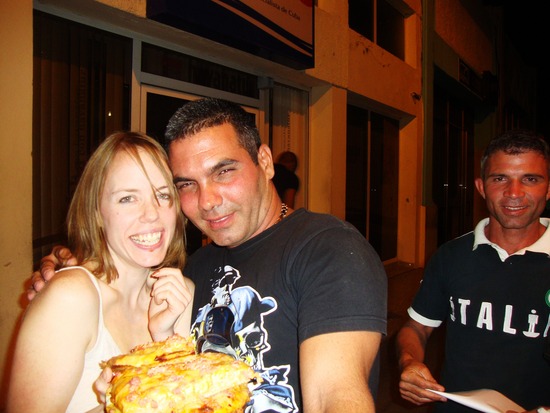 After a much required nap to absorb some of the alcohol consumed, we probably should have just kept on sleeping into the morning to catch up and be refreshed for the next day. But where’s the fun in that? So at 11pm, we dragged ourselves out of bed and into some fresh clothes and head out again in search of salsa dancing. After all, that’s sort of why we came on this trip. It certainly wasn’t for stinky cheese pizza.

We found the busy local club, El Mejuje, with a 2 CUC entry fee and a dance floor that opened up into the night sky. We were literally the only non-Cubans there. And every step we took the men cooed and whistled and watched and winked. Predators! We were desperate to find a moment alone, we grabbed a beer and a table in the corner away from the crowded dance floor (where they weren’t playing any salsa, just cheesy pop music circa 1990), which was completely unsuccessful as our empty table was suddenly full of locals… all men, including the lovely long-haired transvesite that sat next to me giggling about nails and boys and other things I tried to understand in Spanish. So, we sat. And we talked. And after the club closed at 2am, we wandered our way home through the dark, busy streets of Santa Clara. It seems that after the club closes here, it simply moves outside. The guitars were out. The rasta men were out. Everyone was smoking… something or other. But after a bit more wandering we located our little casa, buzzed Ernesto up to let us in and laid down to crash for the night. 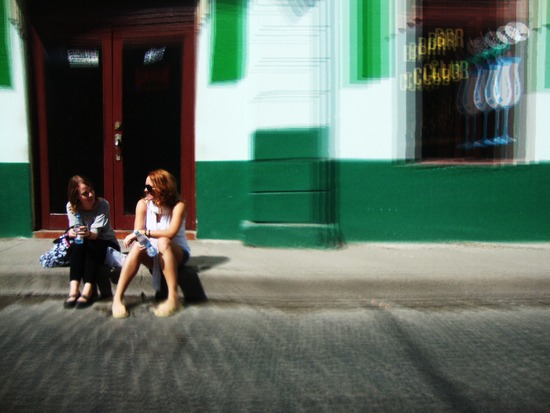