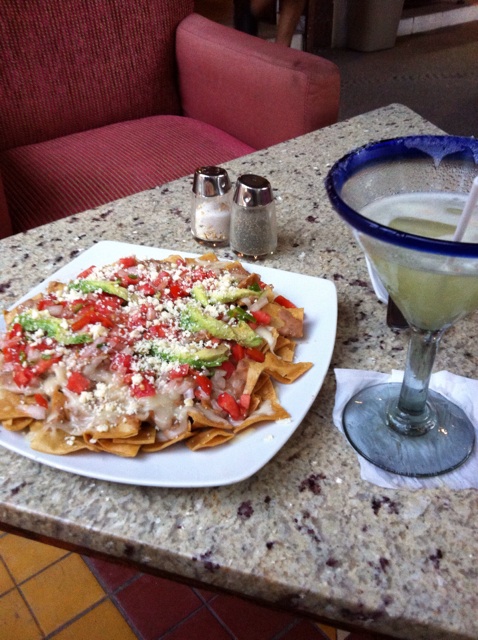 Trying to find my groove down here. My first 24 hours have gone alright. I managed to connect to wifi at the ground floor restaurant of my parents condo today (where I’m currently residing), so that broke up the solitude in which I spent my first evening. Well, mostly solitude. At about 8pm I suddenly realized how hungry I was, having eaten only an airport breakfast that day, hours earlier. And of course there was no food at the condo (the grocery store trip has officially been added to my to do list), so I had to venture downtown to find some nourishment. I’ve done this walk before, as I’ve visited my parents down here the last couple of years, but I’m usually walking with them, and walking it at around 4 or 5pm, heading for happy hour. Tonight it was darker. And quieter. And as safe as I really feel in PVR, I clutched my bag close to me and kept up a good pace as my logic lectured me for not just getting a 4$ taxi.

I wandered down the main road and took a seat at Andales, a local favorite of my parents and their retired friends that lived down here. I placed myself strategically at a sidewalk table (awkwardly occupying only one seat at a table for six…) hoping to spot them if they were out and about. I also have some flight attendant friends that are meant to be down here this winter, so I had my eye out for them as well. I ordered a margarita and asked for the wifi password. After about 40 minutes of my poor phone struggling to connect, that hopeful little circle tracing round and round and round next to the wifi network name, it worked. BAM! My phone lit up! I admit it… I’m a wifi addict. I love my phone. My social media networks. And sharing everything I do in real time. I know, we’re supposed to be beyond that. Especially travellers. And I’m certain I could ween myself off and enjoy a little bit of time, unplugged. But it doesn’t come naturally anymore. And when I can connect, I do. And especially when I’m alone, and don’t really feel like initiating small talk with anyone I don’t already know, which is sort of where I’ve been at lately. I blame my job. I small talk all the time. I meet new people all the time. Imagine, every time you go to work you work with new people. It gets tiresome, telling your story over and over. And trying to remember 6 more peoples names and faces. And with my lifestyle I really don’t get to see my own friends and family all that often, so I find I’d rather spend my time and energy enjoying them.

Perhaps I should re-think traveling alone. Haha. Because if you’re not open to meet new people, it gets lonely. Even with easily accessible wifi.

So there I was, the anti-social girl sitting alone at the big table, texting a mile a minute, when a gentleman approached me. His white hair was gleaming in the humidity, and his cheeks were flushed, suggesting to me that that wasn’t his first cervesa. He sat down in the chair next to me and leaned it very close, too close in my opinion, and introduced himself as Henry. Henry was probably… 65, if I were to guess. He made a joke about me being on my phone. Asked me for my number so he could text me. It was clever, I’ll give him that. We laughed. He didn’t get up, so I set my phone down and began to carry on with some polite conversation. Where are you from? How long are you here? Is this your first time? Are you enjoying yourself? Of course there was my favorite question: Why is a girl like you traveling by yourself?

Anyway, next thing I knew, three women probably around the age of 60 all sat down at my table as well. Henry seemed to know the one of them, the drunkest one, waving her arms about in her bright patterned blue moo-moo. He told me she was a lush, and by her standards she was fairly sober right now. Her smeared purple eyeshadow seemed to indicate otherwise to me, but what do I know? I’d just arrived here. And somehow had found myself gossiping with this random fellow, who had kids my age, he told me, when the drunk woman leaned across and asked if I was his daughter, in a somewhat judgemental tone. We chatted for a few minutes more… About Puerto Vallarta and his grown children and his solo vacation down here. Things like that. And then, another woman approached the table, behind him, and put her arms on his shoulders. He looked up at her, surprised and as she took a seat on the other side of him and placed her hand on his knee, he leaned in to talk with her. I noticed her glance at me. She didn’t smile.

I started to piece together what was going on here.

I think, perhaps, that Henry was the charming bachelor in town for the week, wooing all the single, retired ladies… And when they saw me talking to him, they weren’t very happy about it. In fact, I bet he’d hooked up with the very drunk one his first night. And last night it was probably the one in yellow with her hand on his knee. This guy was playing the scene! And whether or not he thought I was his next target, the ladies surrounding us seemed to.

I smiled at them all politely, and excused myself, waving goodbye to Henry as I walked off to find a taxi.

Who knew there was so much drama in retirement? How did I nearly end up in the centre of a seniors love triangle on my very first night?

Anyway, I got home and enjoyed a glass of wine and the view, the sound of the waves crashing while my favorite music played in the background, sans any internet connection, by the way. No need to get crazy on the first night when you’re around for a month, right? There is still lots of time for that. 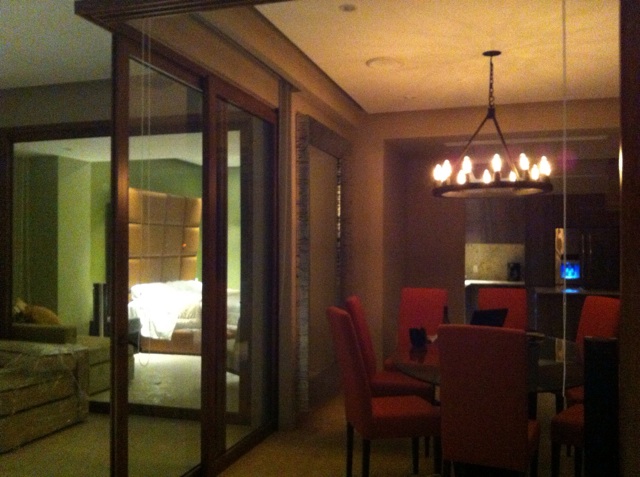