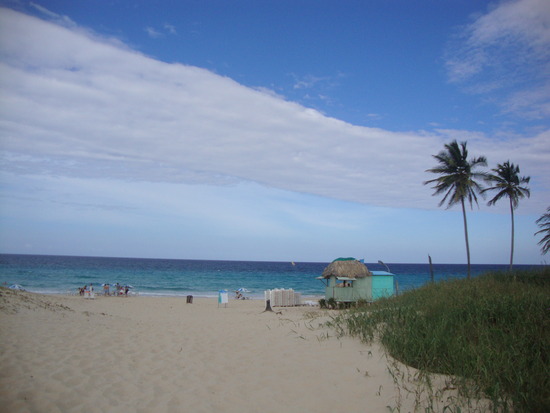 It was our final day in Cuba and it was a little cloudy, as were our hearts. Oh so in love with this place we were. Already making plans to come back next winter. Even now, publishing this blog, my heart aches a little to think about it.

We decided it was time to relax a little and soak up some sun as it had been such an eventful week. We caught the tour bus for 3CUC (note to future travelers – do not take a taxi!) out to Playas de Este – about a 40 minute drive east of the city. Our bags were packed with good reading and bottles of sunscreen and terri-cloth towels.

After a quick bite to eat at a beach shack (where Savannah got a 7yr-aged glass of rum over ice for only 0.80CUC!) we set up shop on the beach for a few hours on sunbathing under the overcast sky. The wind was a bit strong and it wasn’t as hot as we had hoped, but the view was breathtaking. The water was a color turquoise I don’t think I’ve ever seen before. And the sand was soft. It was such a nice way to finish off our trip. 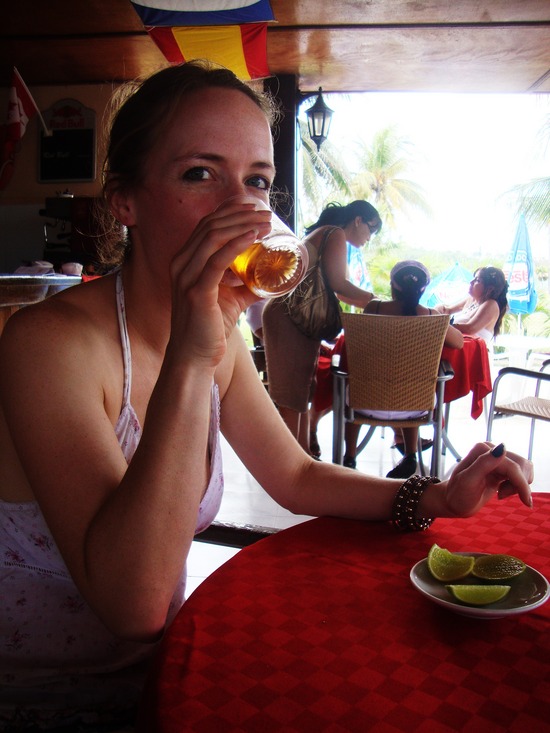 As we walked to the bus stop to catch the bus back into town, I spotted a familiar face. It was Alexis Miguel, a Cuban who now lived in Calgary and taught salsa! I’d taken his workshops in Edmonton and Vancouver and seen him at events in Calgary. I went up and introduced myself and we all marvelled at the coincidence. He was there visiting his parents and working to organize a trip for his Canadian students to come down to Cuba. We took the opportunity to pick his brain about where, oh where, to find good, local salsa dancing and right away he knew the place. Hotel Florida. He told us he’d meet us there tonight at 10pm. Hopefully our final night we’d find what we’d been searching for this entire trip!

We caught our bus back into town and ran, literally ran, through the streets to Hotel Ambos Mundos as Savannah was dying for the chance to walk through the hotel room where Ernest Hemmingway stayed and the doors closed at 5pm. We made it by about 5:10pm and the guard informed us that the lady who worked in the suite and did the tours had already gone home and it was locked up. He watched as Savannah’s face shattered in disappointment and suggested we take the elevator up to the terrace roof to at least check out some great city views. So we did. And from there, we snuck down one fight of stairs and up to the door of room 511 (Hemmingways room) to sneak some photos and at least touch the door. Haha. 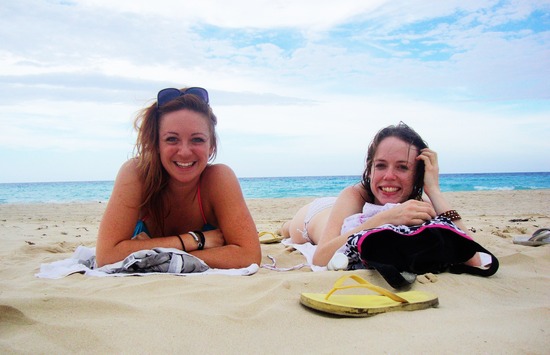 We realized as we were running through the streets we had passed the chocolate factory/cafe (probably why Hemmingway stayed at that hotel, because it was so close, haha). We simply couldn’t resist popping in for another (few) glasses of chocolate, haha. (I seriously need to get to a gym….) And then, you know, since it was right there, we popped back into our favorite restaurant for yet another meal of delicious tapas for a few bucks. Haha. Creatures of habit?

After a hot shower to wash off all the sand we’d collected throughout the day and an attempted nap that was made impossible by the constant hammering that was really starting to drive us mental (thank goodness we only had one more night), we head off into the night, hoping and praying to find the salsa we were imagining.

Find it, we did. The cover was 5CUC which included two free drinks (so really it was like 1CUC) and the room was packed with locals and a few tourists and, the best part, the dance floor was PACKED with salsa. Amazing salsa. I smiled until my cheeks were sore. We hit the dance floor immediately and pretty much stayed there the rest of the night. Literally hours and hours of dancing. Amazing dancing. Probably, no, easily the best salsa I’ve ever experienced. Turns and twists and terrific leads and lots of laughs. So so so much sweat. Haha. The only breaks I took I spent standing in front of the air conditioner letting it blow me dry. My favorite moment was definitely the three-song rueda (rueda, for those of you that don’t know, is where a bunch of couples dance in a circle and one person calls out commands and everyone knows what they mean and they switch partners and do different moves and stuff – its amazing to watch and so much fun to do). I was nervous that even with all the rueda classes I’d taken in Calgary and Edmonton I wouldn’t be able to hack it in Cuba. But here is a big thanks to my rueda teacher – Reye Leduc – who did completely prepare me for this most amazing moment in my life. I kept up just fine! And it was just about the most fun I’ve ever had.

When the lights came on and the room cleared my heart ached for more dancing but even my sore, swollen and stiletto’d* feet agreed with the club owners – the night was over.

stiletto’d – a dance injury when another girl’s heel plants right into your foot and either bruises or breaks the skin, haha

Alexis and his friends drove us to what they claimed was “the best late night pizza in Havana”, and after sharing two of the largest ham and cheese creations there, I can’t say I’d argue with them. Our trip began with some of the stinkiest, not-so-appetizing cheese pizzas and ended with slices of it’s opposite. Delicious. 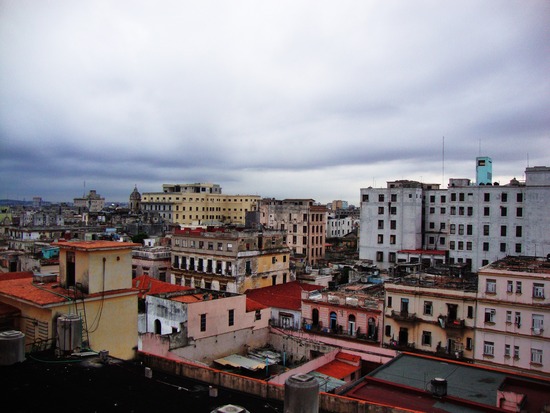 We thanked our friends for the dancing and the ride home and packed our bags as in only 2.5 hours we had to get up and catch our bus to Varadero. And then catch our plane to Toronto. And then sit in the airport for 3 hours. And then catch another plane – Savannah heading home to Calgary and me to Montreal to spend a weekend with my dear friend Kristyn, Royal Wood and my favorite Canadian city. So completely 100% worth it for the night we had. For the trip we had. I’m not going to lie, days later I still haven’t recovered from the exhaustion. And I have officially decided when I start my trip in Asia it needs to kick off with a few days of straight up vacationing – a resort maybe and days of no activities, excessive napping, sunbathing. I seriously need to relax and rejuvinate. And then, take off and backpack South East Asia and exhaust myself once more. Haha.

Oh travel. How I love you so.