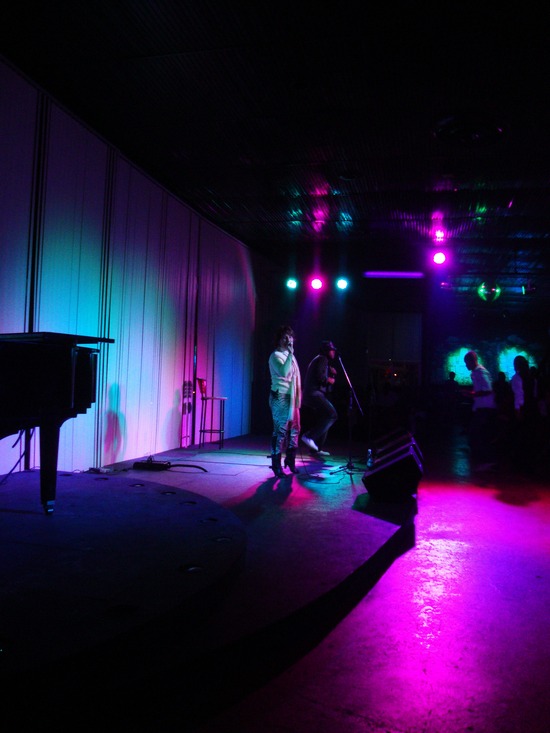 Okay, before I go any further I guess I should really introduce Cuba somewhat.

Good enough. If you want to know more about the country you can find lots on Google. For the purposes of this blog, this intro should help. And I’ll explain what needs explaining as we go.

So, back to the trip.

We spent the afternoon strolling through the streets of Santa Clara. The slums were a few hard blocks to swallow. Walls made out of scrap pieces of steel and colorful strings of laundry hanging to dry. The city wasn’t the cleanest. And even by day, the locals stared at us. Even by day, we were the only tourists in sight. We lunched at an LP (Lonely Planet) recommended restaurant a bit far from the centre of town and enjoyed a massive pizza (with regular smelling cheese) and some drinks and live music for only 8 CUC. Yes! Cuba is budget friendly!

With our bags packed we found a little cafeteria next to the bus station to kill some time before our 1730 departure to Havana. We finished the last sips of our lazy afternoon cervesa’s on the outdoor patio and walked away, turning back to see the crowd of men that had formed over the last hour all watching us wander away, winking and making kissy faces when they caught our attention.

We walked over to the bus terminal in Santa Clara, prepared to pay the 20 CUC fare and hop on the big, loud Viazul bus that would bring us to Havana. But before we could enter the station, the wide-eyed collectivo taxi drivers were all over us like leeches offering trips to Havana for only 15 CUC and transport directly to our casa in an hour less time. I watched as Savannah’s eyes darted from man to man, caution and questioning, and I remembered all too well my first experience with the very South American business of collectivo taxis. Ahh, back in Peru, when all my best judgement told me to run in the opposite direction and NEVER get into an unmarked car with strangers (isn’t that what Mom used to say?).

But in reality, collectivos are a terrific option for budget travelers. Not only are they cheaper and quicker – you usually end up spending your travel time translating your way through conversations with the friendliest locals and singing along to favorite road trip music. Our experience today was nothing different.

And so we found ourselves packed into a miniature car with the driver (a local doctor), the love of his life at his side in the passenger seat (honestly, they spent the entire drive singing love ballads and kissing each others hands) and in the back with us a middle-aged local man who spent the drive playing 80s music trivia with Savannah.

My favorite moment: When Beautiful by James Blunt came on, the driver cranked it up and the entire carload of us belted it out in unison, our voices and accents rolling into some kind of harmony that would probably make anyone listening cringe, but to us sounded marvellous. 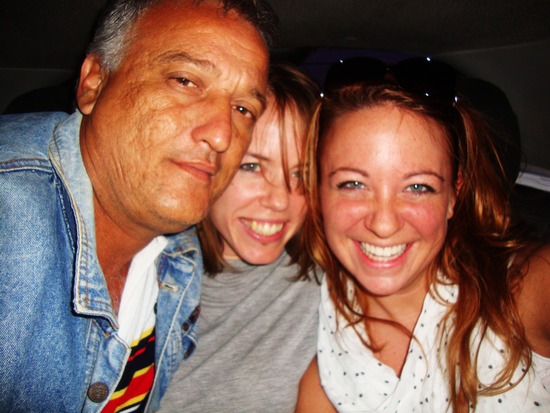 It was dark and hard to form an impression when we first arrived into Havana. Our casa was quaint – full of floral curtains and bowls of fake fruit – and the home owners were kind.

We wasted no time, anxious for salsa dancing after our groove-free night in Santa Clara. Dressed up in heels with our hair styled just so, we walked through the dark night time streets toward the Lonely Planet recommended club, Piano Bar Delirio Habanero at Teatro National de Cuba. I know, I know. Girls walking alone at night in an unfamiliar neighborhood. Sketchy. I get it. But it was only 4 blocks away across the Plaza de Revolucion (where a glowing face of Che Guevara on th side of a building lit the way) and mostly past a military post. Savannah picked up a stick along the sidewalk that she clutched tightly in her hand. You know, just in case. Haha. And as prepared as we were, we arrived uneventfully and took the rickety elevator up to the top floor where the salsa music was loud and women and men walked through the glass doors in flashy skin-tight dresses in reds, pinks and whites and men in ties and fedoras. Cigar smoke danced above the tables that were decorated with bottles of rum and cheap plastic glasses and heaping plates of ham and cheese sandwiches. (Haha. Seriously.) 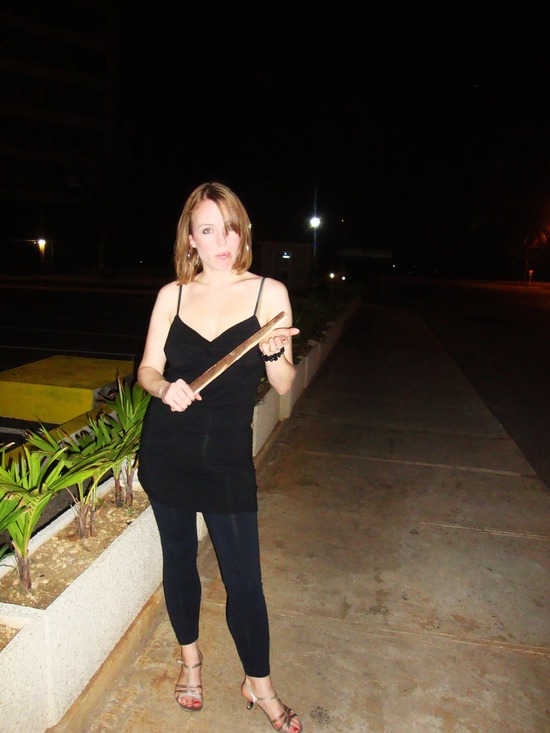 We ordered ourselves some drinks and selected a table near the stage and the very empty dance floor – unsure of what the evening entertainment might entail and when, oh when, would the dancing begin.

As the table in front of us – consisting of a strikingly beautiful Cuban girl with dark skin and a booty that would give even J.Lo a run for her money, and her three male companions – stood up and started moving, they motioned to us to come up and join them. Unsure of how we’d fare, dancing with real live Cubans (you know, these people are BORN with rhythm), we tipped back our drinks and pushed back our chairs. And here, we met our new friends.

The evening progressed from here into about six hours of straight dancing (fun and sometimes suggestive, as the Cubans can be, especially on the dance floor) and light chatter in an awkward mix of broken English and broken Spanish. The girl’s name was Yuriama and she was there with her husband, his brother and their friend celebrating their two year anniversary. After the cheesy band finished (which really just consisted of a women in patterned spandex pants and a guy in a fedora and suit singing an odd set of local Cuban classics to bad Mariah Carey covers) and our legs grew numb with exhaustion, we exchanged information and were invited to have lunch at our new friends home the following day. 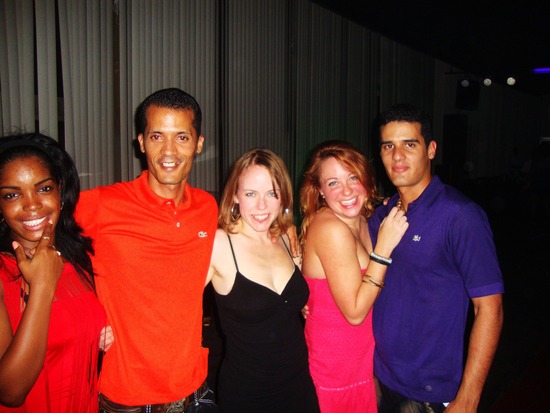 We walked the four blocks home (again, uneventfully, and without stick in hand), glowing as bright as Che.