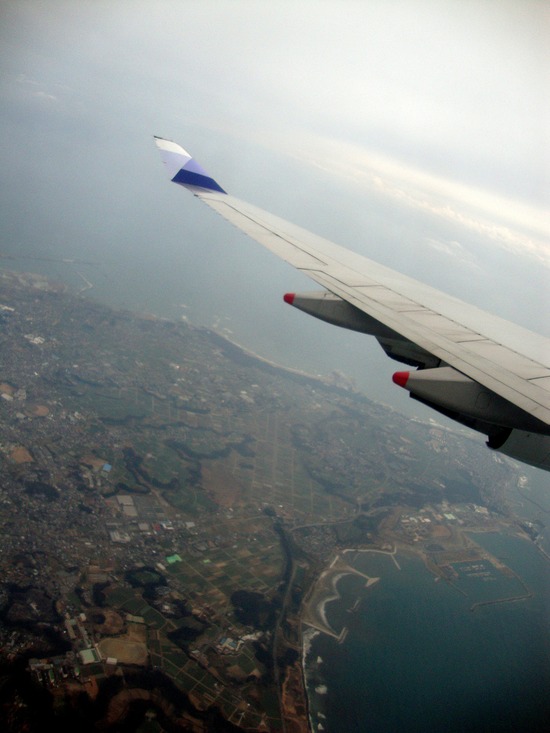 My trip finally begins. I’m on an airplane crossing the Pacific. Not to Hong Kong though… to Honolulu. So, change of plans. And change of budget! After failing to get on my fifth flight with Cathay Pacific and hearing their oh-so-vague estimate that went something like “it could be tomorrow, it could be next week”, my heart sunk into my stomach and my frustration boiled over and forced me into action. I started looking up flights to Bali. Full fare, no special standby agreement flights. Thank goodness for Expedia. Seriously, I love that website. Always the best deals I can find. And yesterday was no exception. I checked for flights from LA, Seattle and even Hawaii – because my own trusty little airline could take me the first bit of the journey. And, added bonus – WE DON’T OVERBOOK FLIGHTS! The cheapest I found was $650 out of Honolulu leaving Friday. And then I remembered my dear friend Kevin (another flight attendant) had an overnight in HNL on Thursday! Aka free hotel and an afternoon\evening in Honolulu with my friend! What could be better?! Okay, me not having to pay an extra $450 would have been better, but such is life. That’s what credit cards are for. So tomorrow I check in for 22 hours of flights and connections (and I get to wear lulu’s – no more business casual) through Tokyo and Taipei and will be in Bali by 2am on Sunday morning. Just a few days later than planned. 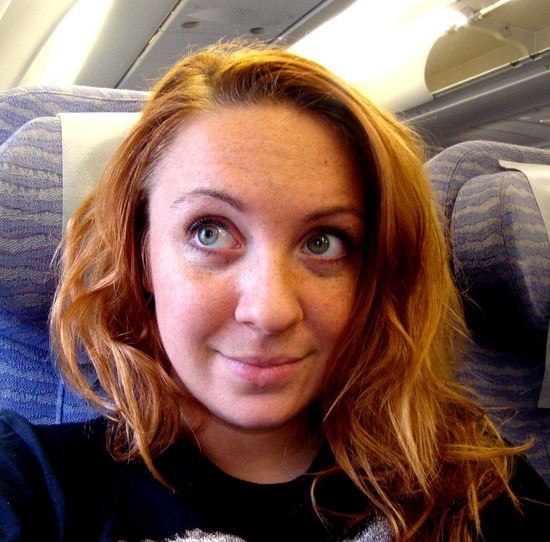 Melatonin rocks my world. On this eight hour flight that is shortly coming to an end, I have slept for a good five-ish hours thanks to the aid of only one little white pill of Melatonin. I wasn’t sure how well the herbal remedy would work. And add in two glasses of red wine with dinner and I was out like a light.

China Airlines. Well, it’s a 737-400 that I’m flying on currently – enroute to Tokyo. Within 24 hours I will have touched down in four separate countries: USA (Honolulu), Japan (Tokyo), Taiwan (Taipei) and the of course, Indonesia. Busy day.

The crew on here is awesome. Their uniforms are pale pink and purple vests and pencil skirts and they all have their hair glued back into intricate styles that remind me of the women in Memoirs of a Geisha. So beautiful. When I boarded and was settling into my economy class window seat I realized I still had the box of chocolates I had purchased for the Cathay crew… you know, in hopes of perhaps the discovery of an empty first class seat or something? — err, I mean, out of the goodness of my heart. Anyway, I thought I might as well give them to my cute China Airlines crew, although I was pretty sure the flight was full and upgrades would not be an option. And they weren’t. But the very surprised and grateful crew each took a moment during the flight to come over and personally thank me, and they even brought over a cup of Vanilla Haagen Daas ice cream and some China Airlines playing cards for me to enjoy. So sweet. 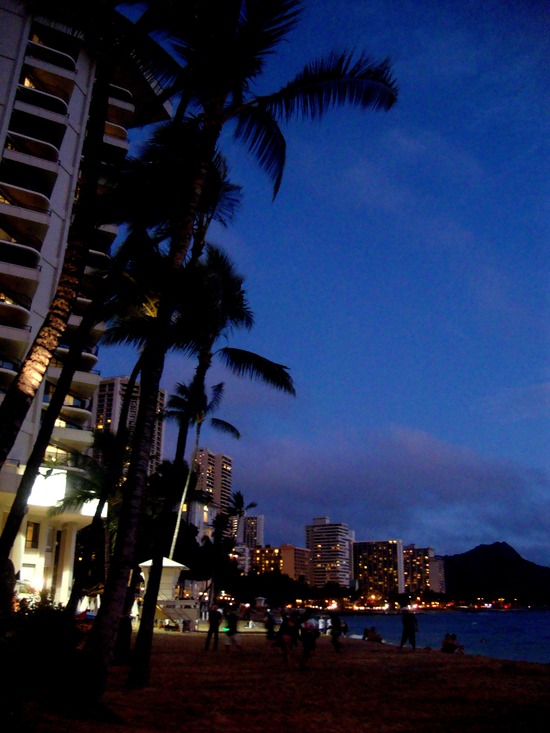 We were served two meals on this flight – a breakfast of soggy pancakes and a questionable looking sausage and lunch of chicken and potatoes with a glass of red wine. The best part though was the hot buns they handed out with each meal. Mmm… you could smell them when they came out of the oven and your mouth just instantly watered.

So last night was Honolulu. Unfortunately by the time we arrived there wasn’t enough sun left for suntaning, but we changed into our shorts and tank tops and the whole crew went out for dinner and drinks. And champagne. And more food. And beers in a mit. Yes, a huge baseball mit booth where you get to be the baseball. And live music. And shoe golf resulting in one casualty – Kevin’s right sandal – which we lost to the roof of a shop along the main street. A rescue attempt was made… but I think I’ll stop myself there. In the end, he never did get his sandal back. Oh and there was this amazing street performer that we stopped to watch with more energy than I could even comprehend. He was amazing though. Is it weird that I sort of wanted to ask him on a date? 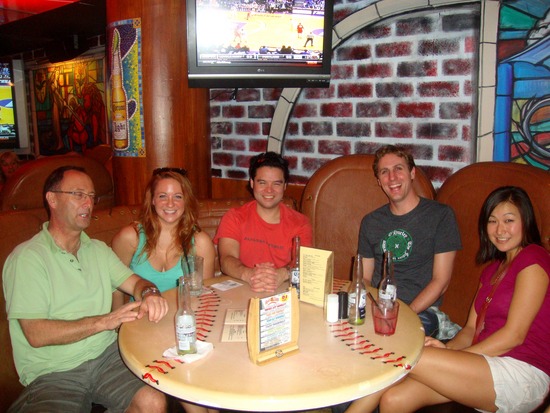 In the morning, after I dragged myself out of the cozy hotel bed after just a few short hours of rest, I went downstairs to catch my taxi to the airport. And it turned out, it was a limo. “Same price, same price” the driver assured me. He was this lovely man from Pakistan who spent the entire drive telling me about his three very accomplished children. Such a proud father. Warmed my heart a little

Well, we’re about to land in Tokyo. Only two more flights to go. The end is near.