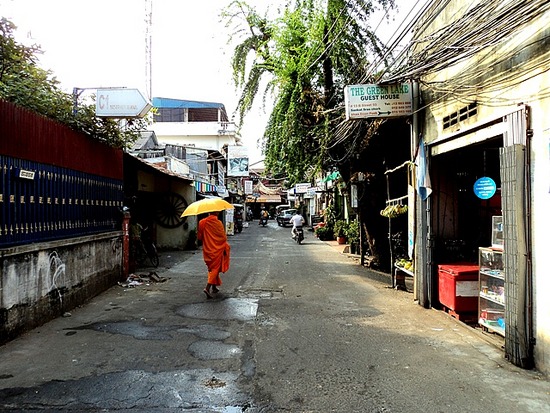 So apparently I have a sensitive sense of smell because, oh my goodness, the whiffs I’d get walking down the street nearly made me vomit (foreshadowing?). Garbage and animal carcasses. I don’t even know what it was I was smelling half the time. We stayed in a little stretch known as Lakeside where it’s just guesthouses and little hole-in-the-wall restaurants that line the street. The room I booked was 3$/night and was just a double bed with a hard-as-rock pillow, a chair and a screened window where the sounds of caps being thrown in the street at night and screaming children in the morning trickled in. Literally had to get a massage each morning and even then, I winced in pain when I laughed. Oh how I miss my bed. If only it would fit into my backpack.

On my second day in Cambodia, I finally got my hands on some malaria pills and popped one around noon before settling in for a nap (after my oh-so-exhausting morning walking the entire half block to the spa, laying still for a rub down and then trekking all that way back… yeesh). At 1pm, I shot up out of bed, pressed my hand over my mouth and made a run for the bathroom (the communal bathroom… where it smells like an outhouse unless you’re showering and your shampoo is strong enough to mask it and where the sink drain has no pipes so the water drains right onto your toes… yup, that one). I was completely ill. Sorry to be gross – but I was a vomit machine. I couldn’t stop. And then… okay skip to the next paragraph right now if you don’t want to hear all the details, as it really is hard to explain this without them. Okay, did you skip down? Anyone reading this now, you’ve been warned. After bowls full of that disgusting yellow bile… there cam a bit of blood. And I’m not a doctor or anything, but I do know that when blood is coming out of somewhere it shouldn’t be, something is definitely wrong. 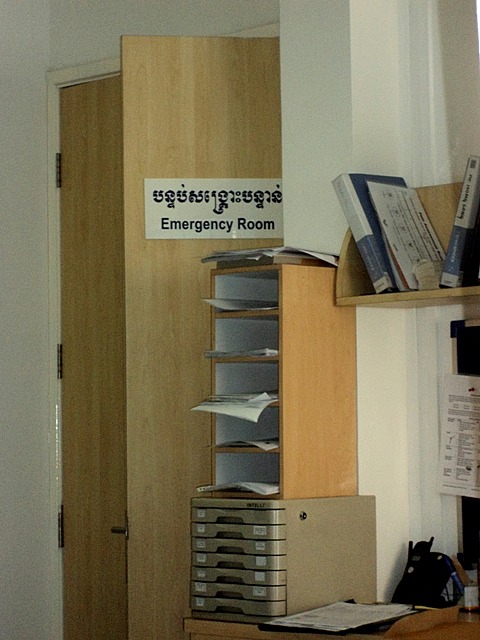 I was in some kind of state of delirium. I couldn’t see straight. I couldn’t think straight. I was sweating uncontrollably. After about thirty minutes of not being able to move from that smelly little excuse for a bathroom, I stumbled down the ladder (yes, ladder) to the main floor and made my way to the computer. I was alone. I couldn’t think. I was doing everything in my power not to freak out or puke right there in the middle of the common room. I logged in, searching for someone on line. I don’t even know what I wanted, just some guidance I guess. Thankfully, my very well traveled, calm and loving friend John Thompson (anyone remember the reference from my South America blog? What would John Thompson do? WWJTD?) was there and after my cryptic cry for help, he told me to get those pills and get to the hospital immediately. At the same moment, a guy working at the guesthouse noticed my pale, sweaty face and droopy eyes and asked if I was alright. Within moments, I was safely in a tuk tuk and enroute to the International SOS. 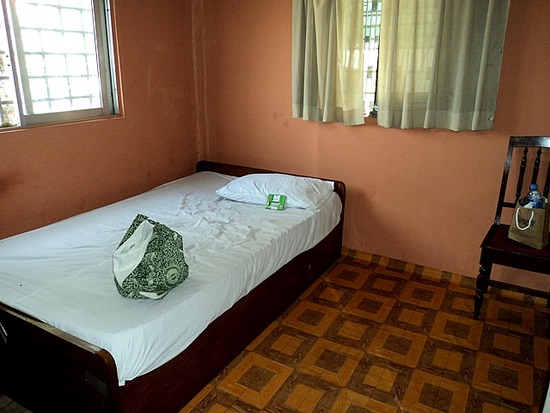 I’m not sure if it was a full on hospital so much as a critical care centre… but it did the trick. International SOS has doctors available from all over the world that speak different languages – ready to help out travelers in need. I walked in and they took me back to a hospital bed to lay down straight away. My doctor was from South America and was a very distinguished looking, even tempered man who spoke perfect English, thankfully. I don’t know how capable of an attempted translation I would have been at that moment. After reviewing all my history and getting the run down on the series of events that had brought me here, he determined that first, the malaria pills (that are well known for provoking very different reactions in everyone – some rather severe) had made me vomit like the Exorcist and the vomiting had caused a tear in my stomach lining which was thin to begin with (as some of you may remember from my run in last November with Dennis, the Ulcer). Apparently my stomach is a finicky little thing and is extra sensitive to things… one being Aspirin. I had been battling a migraine for a few days before and was taking my little Excedrin Extra Strength’s to help – ingredients including Aspirin. And so due to some unfortunately timed events, I am now unable to consume Aspririn, any digestive medicines, alcohol, coffee, tea, soft drinks, spicy food (perfect, seeing as I’m in Asia) and anything high in acidity… FOR ONE MONTH. I also have to get a nifty procedure done when I get home where they run a tube with a little camera on the end down my throat and into my stomach to see what the hell it’s problem is.

So, with all this going on, its a little risky to be traveling alone through Asia. Plus, if I have any food poisoning or digestive issues (which we all know are quite common and unpleasant when traveling and eating in third-world countries) or headaches, I can’t take anything for them. Basically, it felt a bit like the universe was telling me this trip, at least as I had imagined it, was simply not meant to be. Ah well, what now? I am on holiday until the beginning of March. What to do? 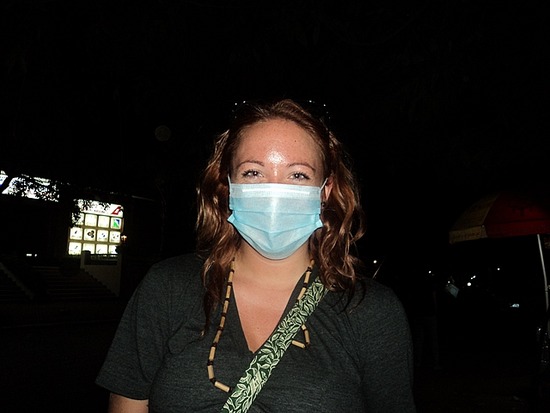 Well, I spent a few days mulling over it, laying low and chilling out with backpackers passing through the guesthouse, and here’s what I’ve come up with:
I will hit Siem Reap and the Angkor Temples with Sophie as planned.
From there, I will head into Thailand, to a little island in the south and spend a week at a yoga retreat.
And then, before heading home to the cold, I’ll stop off in Palm Springs to ride out the rest of the month with my parents at their rented house… by the pool.
I don’t see anything to complain about. It just means I need to plan another trip back….

So my apologies if that absolutely disgusted anyone out there. Just thought I’d explain how the Asia blog will eventually land me in southern California. Such is life, I suppose!