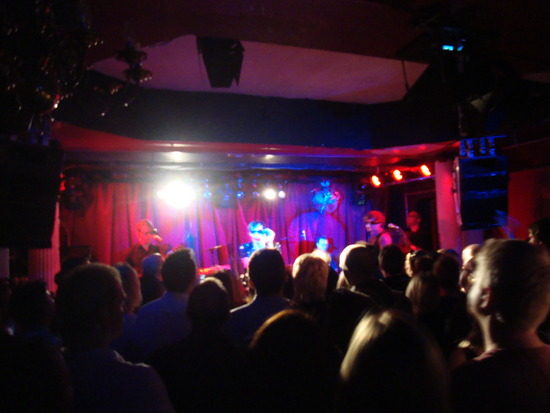 EasyJet is such a strange system. No assigned seats! So literally they stick you in a queue which is actually just a messy crowd of people waiting for the doors onto the tarmac to open and when they do, pushing and spilling out and climbing the stairs to get their seats. We landed a window and a middle near the front, so not bad. We may have had to do a little pushing ourselves though, haha. We flew into Standsted airport which required us to take a 1 hour and 20 minute bus ride into Central London (what a massive city!) and then catch the train to Hammersmith (one of the last trains of the night!) and navigate through the dark to find Shai’s uncles flat aka a 400 sq foot room with a bed, bathroom and mini kitchen area. The bed was warm though and the space was our own, not to mention fee, so we were thankful and ready for some wine, television and a good nights sleep in London. 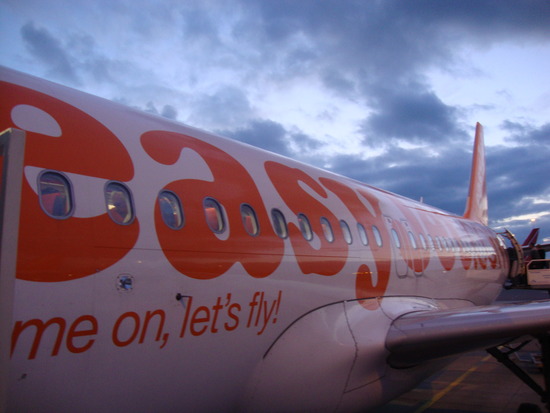 London. One of the biggest most powerful cities in the world. People of all different colors, shapes and sizes walking, driving and training about, speaking a myriad of different languages discussing a million different things. It feels as if the city and everyone in it are just constantly moving. And here I am, in the middle of it all. One of my favorite things about London is the transit system. The “tube”. The Underground. It’s really the only thing that makes London manageable as its absolutely massive.

We woke up Wednesday mornign in our cozy 400sq foot flat in London. First things first – food. In order to save sme money over the next few days, we head out in search of a grocery store. In Hammersmith station there was a bit of a mall so we thought we may find something there. We rounded the corner to see Salisbury’s… but just next to it… PRIMARK. Uh oh. For those of you that don’t know about the wonder that is Primark, it’s a chain of shops here in London so large and packed with items you could get lost for hours. And often do. But beyond just the size and the amazing selection of items, it’s the prices that get me. I spent 17 pounds and came away with a blouse, 2 mini skirts, 2 pairs of tights and a bra! Amazing. So although the plan was no shopping until AFTER Morocco when the hopefully large trip budget surplus was determined, we did pop in for just a bit. And then on to Salibury’s for some essentials – ham, cheese, bread, eggs, juice and snacks. Oh, and a box of Strongbow (which was only 8 pounds for 15 cans by the way). 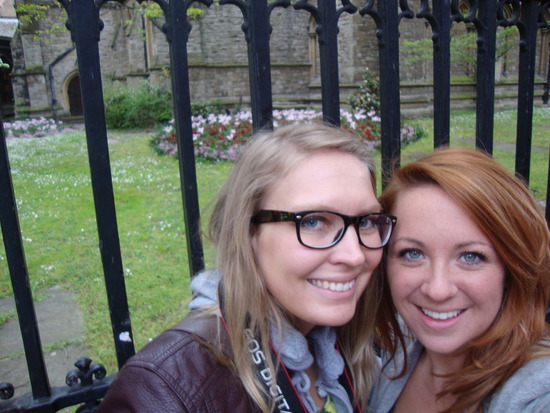 We were meeting Sophie at her flat later that evening. Her boyfriend Chris (a band tour manager) had gotten us guest listed to a show he was working at for a band called “The Feeling” (go download it, its good). But we still had some time to kill so we hopped on the tube a few stops over to Kensington High Street to walk around and take some photos and such. Neither of us had been around there before. Beautiful apartments selling for about 1-7 million pounds. Talk about high end real estate. We got some ice cream and happened to wander into a liquor store along the main road where the friendliest little Englishman chatted to us on and on about traveling and weather and Queen’s Day and ended up selling us on a bottle of champagne.

We were leaving for Sophie’s in our new London-esque outfits and a plastic bag full of a few Strongbow king cans and the champagne aka the heaviest bag in the world. We trained across town and into the north to Archway station. Sophie greeted us with big hugs and we popped the champagne and sat around catching up and discussing Morocco!

The Feeling was terrific. I had never heard of them but Shai recognized a song or two. They were launching their new album so rather than a big show with a big crowd as they would usually do, they were playing a small venue in central London called Waterrats – where they had played just 5 years ago before getting so popular.

After the show ended and we thanked Chris for the tickets we went searching for a dance club. Sophie mentioned this underground club she and Chris had been to. It was completely secret – no adverstisements anywhere. It was just an unfinished wood door that resembled a storage room or something in the hallway of the London Bridge tube station that required you to slpi through a small passway in the brick and then unveiled a massive club. When we got there, however, we found a little sign taped to the locked door saying it wouldn’t re-open until May 13. Bummer. We hopped on the final train of the night to Shoreditch, where the streets are lined with bars and dance clubs. (P.S. Why on earth, in a city like London, would the trains stop running at 1230. They should be 24 hour in my opinion.) After a few pints and dancing until the wee hours of the morning we managed to navigate our way through a 2 hour-ish bus ride home to Hammersmith. 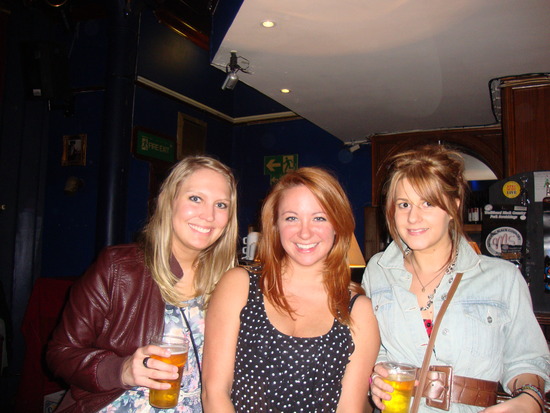