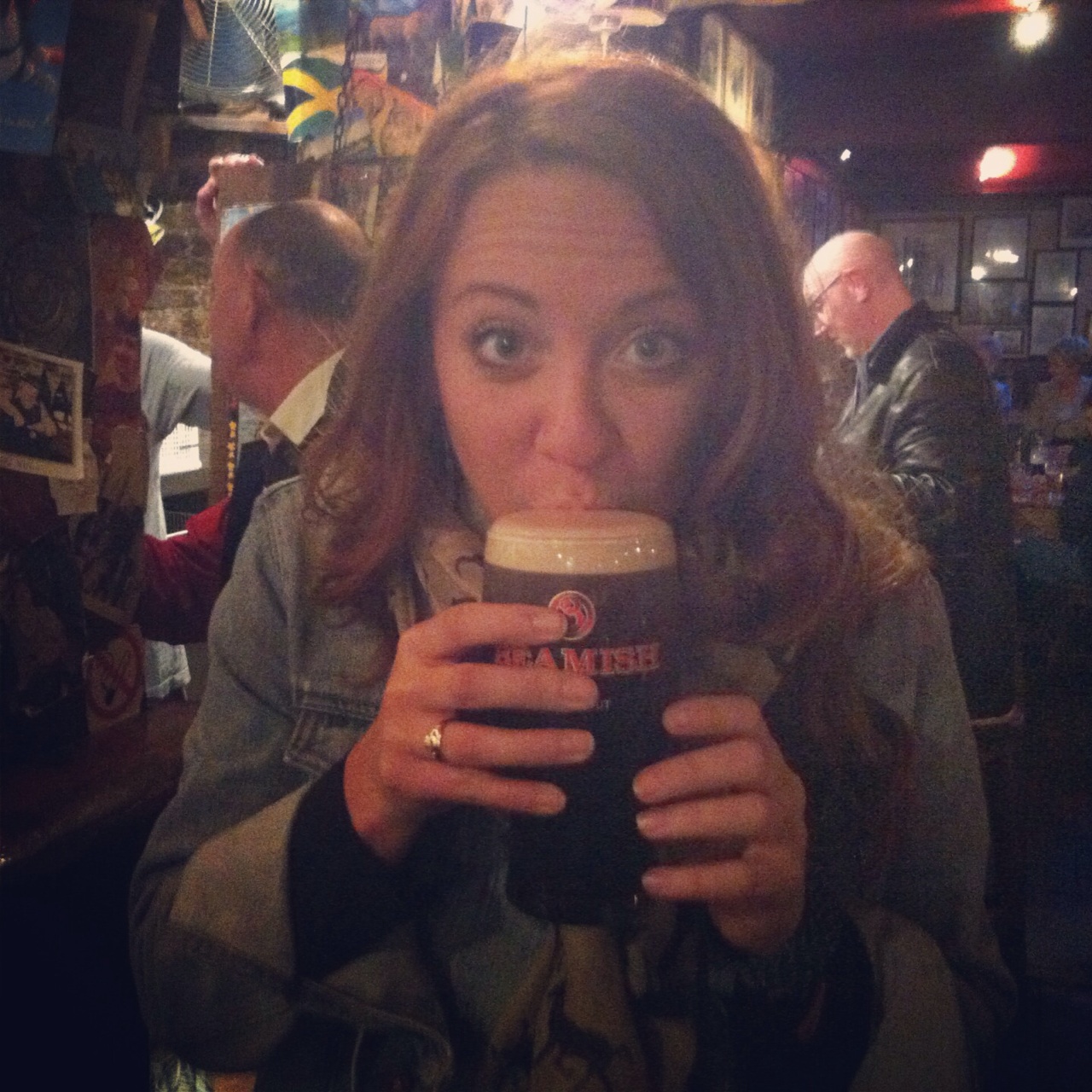 We only had 24 hours in Cork. It was a one night stopover between Galway and Dublin, where our trip would come to a close. Lucky for us, we had the very best tour guide in Cork County to help us make the most of our wee visit there (wee… so Irish, hehe).

Darragh was an Irish lad I had met the year prior at a wine tasting in Argentina and through the miracle of Facebook, we had stayed in contact all this time and arranged to meet up while we were in Ireland. He met us at our hostel the evening we arrived, and we all sat up at the hostel bar for a pint and to layout a plan. We shouldv’e really just made a plan to be too hungover to do anything but search for an Irish breakfast and leave it at that, but we clearly weren’t learning our lesson, so instead we worked out how long it would take us to bus out to the Blarney Stone the following morning. Well, that was as close as we ever came to the Blarney Stone (one of the bigger tourist attractions in and around Cork)–speaking about it. In our defense, however, Darragh has NEVER been to the Blarney Stone, and he’s FROM Cork. So really I feel like it’s Ireland’s fault. How can they happily drown us in their tasty beers all evening and expect us to be fit for touring the following day? It just doesn’t work!

So with our grand plans for the following day finalized, we decided to get back to the agenda for that evening. Darragh had mapped out a night tour of what he deemed to be the most interesting pubs in the city. Everything was centered around drinking–in charming establishments, with a little bit of history tossed in here and there. Now, this was our kinda tour! Should you find yourself in Cork, or if you have any intentions of going there, I strongly encourage you to get in contact with Darragh, and book him for a pub tour of your very own. No, this one wasn’t booked–but we have since convinced him he needs to do this as a side business, because he’s absolutely phenomenal at it. He possesses all the skills of a GREAT tour guide:

- Good time management – you never spend too long in a place that you miss out on something else, but you always have enough time to enjoy it. No one wants to chug a pint of stout or slam a nice Irish whiskey, you wanna enjoy that shit!

- Flexible – we were hungry, so he added in a last minute detour so we might fill our bellies and thereby ensure we had sufficient stamina to survive the booze-infused night on the town.

- Informed – He was always tossing little bits of information at us, like how the brewery across the street from one pub we went to used to have pipes running underground directly into the pub where the beer was pumped from! Now, THAT is fresh!

- Safe – When one of us was a wee bit too tipsy to continue on, he ensured she had a couch complete with a duvet and a tall glass of water to re-hydrate once she woke up. (I stipulated a duvet was a minimum comfort requirement for ma girl in her state of inebriation if I was to feel good about putting her to bed and continuing on with the party).

1. Corner House – The best bar in Cork. This is where we tried our very first pint of Beamish. Beamish is an Irish stout, similar to Guinness, but is pretty much only available in Cork. There is another like this called Murphy’s (which somehow we forgot to sample). Anyone from Cork will tell you that this is the best stout in Ireland and just isn’t as popular as Guinness because they like to keep it local, more for themselves. And I must admit, after sampling a Beamish, I tend to agree. It’s just a little softer than a Guinness. I tried to find a pint of Beamish in Dublin the following night, to no avail. When they say they keep it all in Cork, they mean it.

2. Electric – This wasn’t on the itinerary to begin with, but when we complained about our empty stomachs, Darragh took us on to this place, which is actually where he works as a bartender. This place was a bit trendy, and we ordered a couple rounds of Old Fashioned’s and gin cocktails, along with some sharing plates of food. It’s very difficult to find food in Ireland after 9pm. In Canada food is usually available late at bars, and there’s a good selection of late night restaurants as well, but it’s not that way in Ireland. Being that we were absolutely creatures of the night on this trip, we often had to go without food. Thank goodness Guinness is filling!

3. The Oval – Here we ran into some mates of Darraghs, so we all sat in a back room surrounded by dark pints, chatting and sipping away for an hour or so. This place was known to be home to the best pints of Beamish in Cork, as this was the place across the street from the brewery that I’d mentioned above. And damn, was it ever tasty. 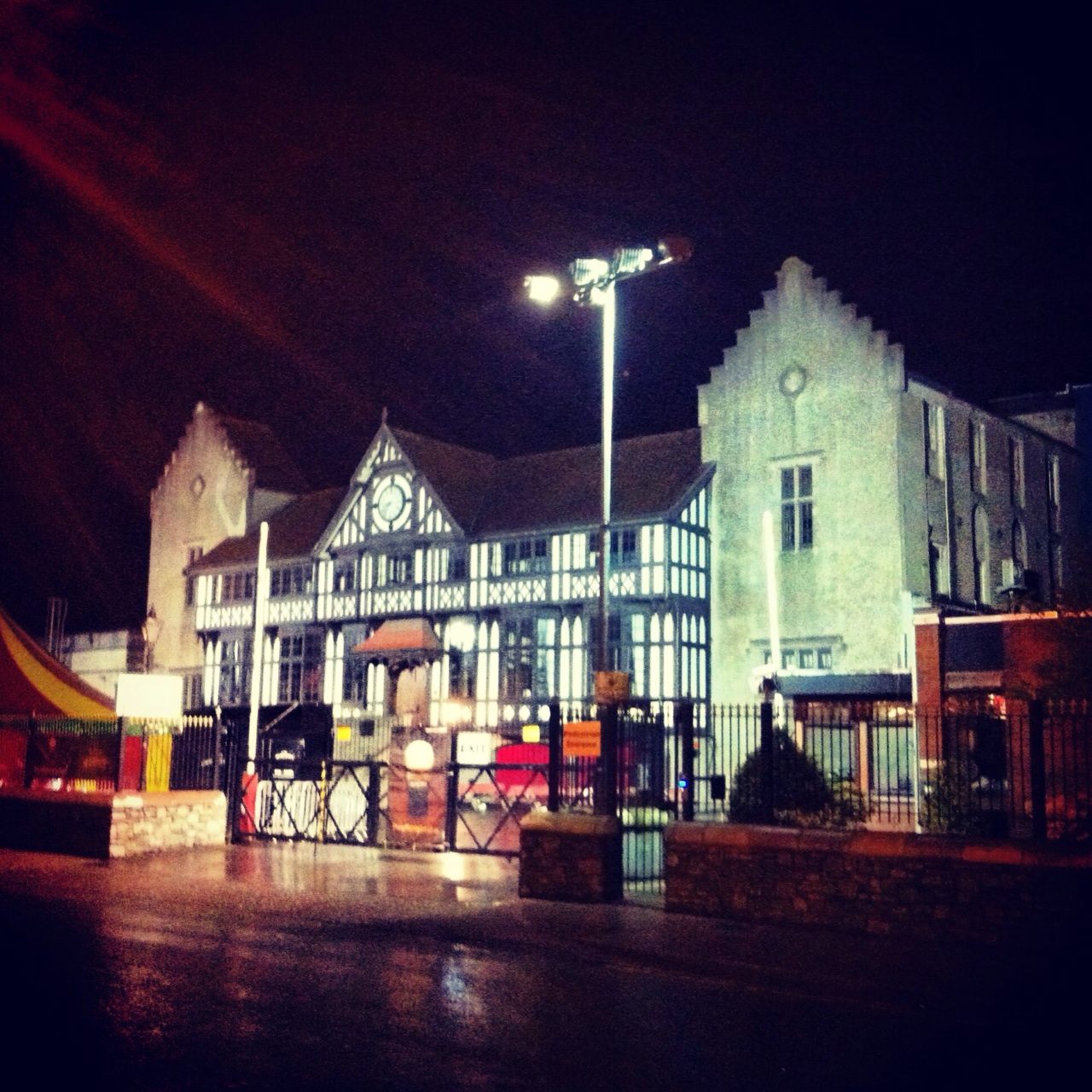 4. Arthur Mains – This was an old pharmacy, mysterious brick building with arched windows and doorways. It was dimly lit by candles and people sat around at little tables talking and drinking wine. In honor of our tasting trip to Argentina and our mutual love of red wine, Darragh selected a bottle from Mendoza, one of his favorites, and we split it amoung our three glasses and drank until our lips turned red. It was a nice break from all the beer and whiskey I had been drinking on the trip thus far. Wine, my dear old friend.

5. Crane Lane – This place shared a side street/alleyway with Arthur Mains and in here we got a little crazy. This is also where things get a little foggy, so it’s probably good it was the last stop. There was definitely whiskey, and shots (ugh…). We spent the tail end of the evening hanging outside in the lit alleyway chatting and sipping. I love how you can just drink outside in Ireland, and people aren’t bothered. We have too many rules in Canada.

We woke up the next day at Darragh’s. I remember we figured as our hostel was on the other side of Cork, it was simply too far to trek that late at night, and Darragh lived just around the corner…. The next morning, when we awoke at noon (2 hours past our checkout time), we walked back to our hostel on the other side of Cork. It took us 15 minutes. We really only had time for a final boozy Irish breakfast at this delightful diner with gluten free bread (LOVE!) and be on our way to the bus station and off to Dublin.

A HUGE thank you to Darragh for the best tour ever!! You made Cork for us!! We will definitely be back!