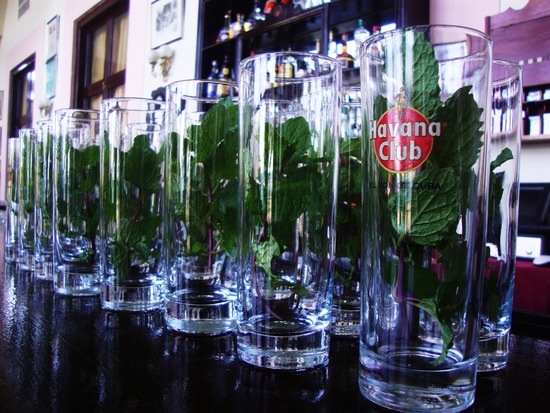 We strolled down into our casa kitchen this morning for some homemade breakfast (who knows how we were even hungry after the feast from the night previous). Tamara, the lady of the house, made a smorgesbourg (I can’t seem to confirm on Google if that is in fact the spelling, or even a word, but lets just roll with it) of goodies including fresh fruit, ham and cheese sandwiches (go figure), eggs, toast, coffee and fresh-squeeze juice. We ate as much as we could manage and went back up to our room to lay and digest and deliberate what to do with our day. High on Savannah’s list was a visit to the historical Hotel National, a favorite spot of Ernest Hemmingway and many many other famed people from the 1930s onward (from Frank Sinatra to Johnny Depp, the Backstreet Boys and pretty much every president who has visited Cuba). So we decided to walk our way there – through Vedado (the part of town we were staying in) and up the Malecon along the water. Also on the to-do list that day: Get to a bank, as my funds were running low and it was time to hit a debit machine. 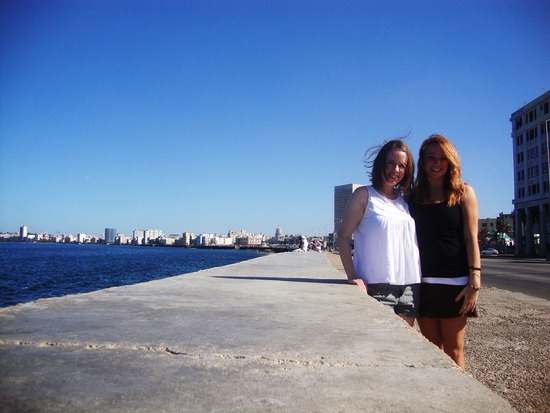 We walked past the abandoned buildings, men in official uniforms guarding what, we weren’t sure, women in skin tight red jeans and bedazzled t-shirts, school kids in pale blue uniforms, architecture resembling Miami in the 1980s, slowly crumbling away. Maybe all this doesn’t sound particularly magical… but there is just something about Cuba. Something ridiculously charming about it all. Something about it that steals your heart. The character. The kind eyes in the windows of the crumbling buildings.

The Hotel National was dazzling, inside and out. Elegance, straight out the 1920s when Cuba was rich with money to spend on luxury and decadence. 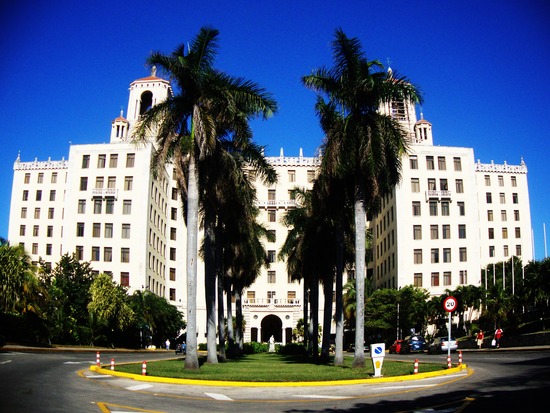 Quick history lesson from the Lonely Planet on the 1920s in Cuba: Sharp increases in world sugar prices after WWI spearhead the so-called ‘Dance of the Millions’ in Cuba when huge fortunes are made overnight. A heavy economic crash quickly follows.

We wandered through the Salon de la Historia and browsed through the memorabilia – amazed at how many famous individuals had stood where we were standing, ordering a rum over ice. We sat out in the garden to rest our legs and ordered a drink while an hour passed by and the heat soaked into our skin. 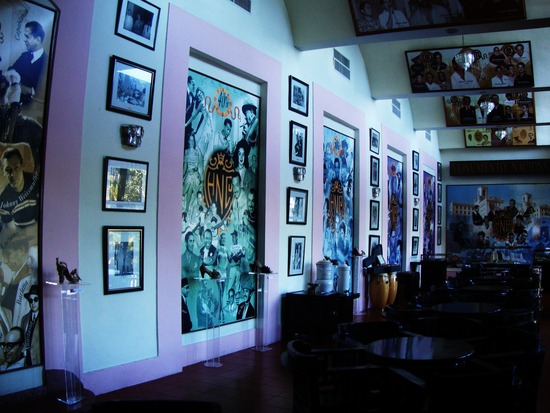 Having spent my last few CUC on the drink, our next stop was for money. Conveniently there was a bank located just a few blocks up and the ATM booth was open even though it was past 5pm. I pushed open the door and immediately felt a rush of panic as I noticed the little Cirrus and Maestro symbols (you know, the ones printed on the back of your debit cards that indicate what machines you can use them in?) were nowhere to be seen. Only VISA.

I ripped out my LP and flipped to the Costs & Money section which I always scan over before heading into any new country but somehow had overlooked for this particular trip and the message was clear as mud:

Unforunately, few (if any) foreign debit cards will work in Cuban ATMs.

Thankfully, my traveler state-of-mind kicked in and the panic turned quickly to calm and the made room for logical thoughts to form.

1. There simply must be a way, somehow, some way, to get money. Even if its as complicated as a wire transfer – there must be a way. Cuba hosts bazillions (yes, thats a stat) of tourists each year. Someone’s got some kind of solution for me somewhere.

2. I have some credit available on my Mastercard and while that wasn’t accessible at this ATM and I wasn’t sure if I ever did set up that PIN thing – surely it would be acceptable somewhere or my credit card company, after a pleading phone call, could help me out.

We walked back to the Hotel National figuring surely if anyone were equipped to deal with this – they would be. We were politely informed of our two options (both of which we wouldn’t be able to test out until morning):

1. Mastercard and Passport at a Cambio de Exchange

Feeling slightly better assured that this wouldn’t end up me flying home early or (since I didn’t even have enough to pay the departure tax at that point) working for some money... haha, we decided to trust in the power of positive thinking and continue on with our plans to attend the Cabaret tht evening using the rest of Savannah’s cash.

The Cabaret turned out to be just a live band that night and to our dismay, no scantilly clad ladies. We went to the Cafe Turquino on the 25th floor of Hotel Habana Libre and through the process of lobby bar cocktails and ticket line ups, we met a couple from Holland and a couple from Canada and formed a nice little English-speaking table of chatter and laughter and rum -and we even busted out of our first Cuban cigar. Drikning rum (which I cringed through) at a classic Cuban Cabaret (which I guess wasn’t actually a Cabaret at all)… well, somehow it just seemed like the right moment.

The cigar was clipped and lit and passed around and although my initial desire for it was purely for the novelty, I quite enjoyed it! As did the rest of our new friends. As the show ended and the international dance music (ummm… Black Eyed Peas, yup, I went to Cuba and danced to Black Eyed Peas) started up, we all danced and bounced and cheered and smoked around the dance floor. 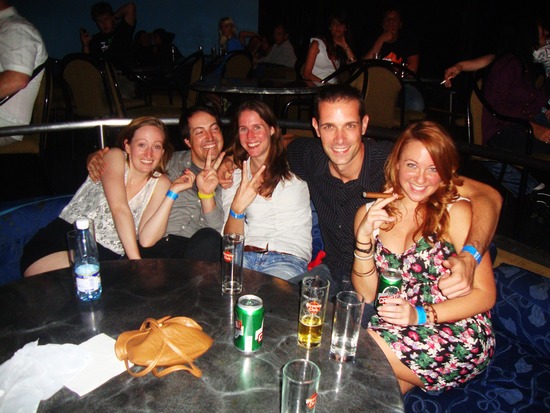 When a little salsa came on, we buzzed with excitement. I landed in the arms of the lead singer of the band who lead me around the floor with ease and Savannah wound up with who she thought was a local but turned out to be a Torontonian… who works for Air Canada.

Deciding that rather than breed rivalry I should be breeding comradary between us “airline folks”, we invited them to join our new group of friends and escape the muggy heat of that rooftop club for something a little quieter. We were all sweaty messes by that point anyway.

So we found a little basement cafeteria just down the street with florescent lighting and sat for a couple rounds of cervesa, ham and cheese sandwiches and good conversation that lasted past 5am. 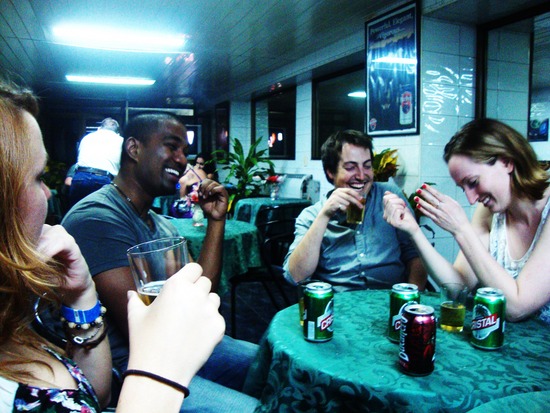