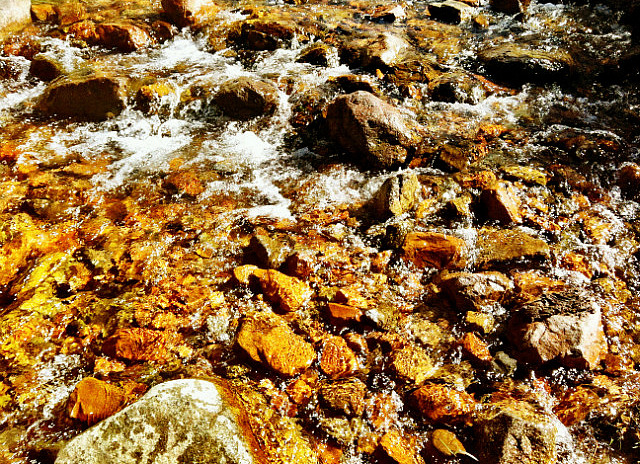 I feel inspried enough to write today, which is sort of an accomplishment. I had a bit of a scare this week, but today I really floated out of that terrified state and got out of the city to see what lay beyond.

I’ve traveled Asia, Morocco and South America before, and I’ve never really found myself in any dangerous situations, although I constantly hear from locals and other travelers to always be careful. Be weary. And although I’m definitely not paranoid, I generally am careful. But I suppose at some point after years of traveling, or living really, something not so good may happen to you. Unfortunately.

Okay Mom, and everyone at home. Don’t freak out. Trust me, I already did, haha. And I’m okay.

Last night in Mendoza, walking home from the restaurant, I was assaulted. I suppose that’s the word for it. I would say mugged, but I managed to wrestle free with all of my belongings, so I’m not sure it qualifies as a mugging. I was only about a block and a half from home, in the quiet little neighborhood where I’ve been living for the last two weeks without incident, when all of a sudden someone grabbed my right arm and whirled me around. I looked to my right to see three men on motos pulling up to watch as their friend pushed and pulled at me. I screamed. Oh so loud. And I wriggled. And he hit me across the face. But that only shut me up for a moment. I kept screaming. I kept fighting. I don’t remember thinking. I don’t remember much of what he looked like. I don’t remember how long it took. But at some point I remember feeling free of his grip, and I ran as fast as I could toward my door. The men pulled off on their motorcycles and left me running in the opposite direction.

I believe they were trying to rob me. I think he was grabbing for my bag, but I don’t remember what hands were reaching for what. I have to assume that the loud, constant screaming in the quiet residential neighborhood probably scared them into taking off empty handed, because there were four of them and one of me. They really could have gotten whatever they wanted from me. I do believe I threw a few punches but I’m quite sure they made little to no impact. I’m not that strong, nor do I have ANY experience physically defending myself.

Anyway, I got inside and calmed myself down and after a soothing glass of wine I managed to fall asleep. It was quite the ordeal. I’m not going to lie, I’m scared now. Not too terrified to leave the house, but nervous. I cabbed to and from the house today. And I felt my shoulders tense up the moment I walked out into the public. But ultimately I have to just be thankful nothing happened. Nothing was even taken. And move on, carefully of course.

Note to future travellers: One block or twenty, you never know when something like that is going to happen. Do not ever walk alone. (I know, it seems like common sense, and maybe it was and I just got comfortable, but I’m reminding everyone never the less.)

On a brighter note, I went to the Andes mountains today. After my restless three hour sleep, I woke up to my 7:00AM alarm clock and dressed for a hike. I was meeting my friend Ariel from school today (skipping class for the day, but hey, I needed a full day to explore this place before we leave this weekend) and we were taking a two hour bus ride up into the Andes Mountains, and follow a carefully scribbled map from her couch surfing host, in search of a waterfall. Or at least fresh air.

Someone had mentioned that we had to change busses at some point, but no one told us where or confirmed that. And her host Franco had told us it was the last stop. So we just stayed on the bus. Until the driver called out to us and we looked around to find we were the only ones left. And we had no idea where we were. (I know, we were a little foggy that early in the morning though.)

The driver tried to explain to us in his slowest, clearest Spanish that we needed to have gotten off earlier, I think? So as he gestured for us to get back onto the bus, we decided we might as well just listen to him. He must know more than we did. After about 15 minutes driving back down the road we came, he pulled over and had us get off his bus and onto another bus, an empty bus, as he instructed the driver (who was apparently on a long break and had nothing better to do than chauffeur us around) to take us to where he understood we were going. I swear, usually I can comprehend and speak much better in Spanish, but it was early, and I hadn’t had much sleep as I mentioned, so alas, we followed their instructions.

Luckily for us, they were correct!

We were dropped off near a locked gate that closely resembled the gate in the scribbled map. That was obvious because of the gaping hole that was depicted, where we were supposed to climb under to get past the gate and begin our hike. (Franco said it was only open on weekends but if the gate was locked, the hole underneath it was a completely acceptable way to enter. He’s local. And kind. So ahead we forged.)

The path seemed to be clear enough and easy to follow for about the first… five minutes. Maybe ten. Then we somehow found ourselves at the river, unsure how to progress. Obviously rather than re-trace our steps in hopes of discovering our wrong turn, we hopped across the river on slippery rocks, or tip toed through the current in bare feet for the next… few hours. We somehow kept hoping we would be reunited with “the path” and it seemed too late to turn back and re-trace, so we kept on. We climbed through prickly bushes, scraping up our legs and stopped for food and hydration breaks. It was a gorgeous day to get lost along a river, really.

A few hours in, we came out to a clearing. The tall, aggressive mountains lay before us. They were magnificent. It reminded me a little of home, which was a lovely comfort. And leading into this clearing we noticed “the path”! The path we should have been on. It was wide and well cleared and clearly indicated by the plops of horse poop. This was a terrific way to determine whether or not we were veering off when we weren’t too sure. Look for poop. Great way to spend an afternoon hey?

We picnicked out in the clearing, munching on cheese and apples, and then lay out in the sun. Right next to a mound of caca. But it was everywhere; there was no escaping it. We spent an hour dining and talking and soaking up the sun and the scene around us. It felt like traveling.

This trip has been so different because there have been virtually no hostels, only home stays, we have had a school schedule each week, and we have stayed put in the cities we’ve visited. It’s been a trip, absolutely, but hasn’t felt like the traveling I’m accustomed to. Granted I’ve picked up the language better than I have in trips past. But today felt like traveling. New friends. New adventures. No schedule.

It was such a lovely day.

Around 230PM we realized we only had about three hours left until the bus would take us back to the city, so we decided we should start down (as it had taken us about that much time to get that far). No, we didn’t make it to the waterfall, but I have to say in this case, it really was the journey, not the destination. (Obviously as we didn’t reach our destination.)

Now that we had found the less prickly and much drier path, we walked back on that.

Maybe 30 minutes later we were back at the beginning.

So we apparently didn’t make it even a fraction of the way to the waterfall. But I guess we took the “scenic” route. Haha.

So here we were now with almost two hours to kill before our bus came. And this mountain town (if it was a town, I’m not even sure) was completely deserted. Completely, except for the dark sign we noticed a little way’s down that said “HOSTEL – CERVESA”.

We walked that way.

We wandered into the back yard of the place, empty other than a curly-haired Dutch man sitting behind a wooden bar with a guitar next to him. He worked at the hostel. Doing what, I have no idea, as no one was there. He said he had only one beer left, so we shared it. (Luckily here beer is served in 1L bottles, so it was enough to go around.) We chatted about my upcoming return trip to Queen’s Day in Amsterdam, and his future travel plans for Canada and gushed over our mutual love for music as he played Cat Empire and John Butler Trio in the background.

It was such a perfect way to unwind. The air was fresh. The beer was cold. The company was brilliant. And the beginning color of a sun tan began to show.

And at 515PM, the bus driver pulled up and took us the two hour bus ride back down the mountain and into the city, calm and content and ready for an early night to sleep.

After a little blogging.