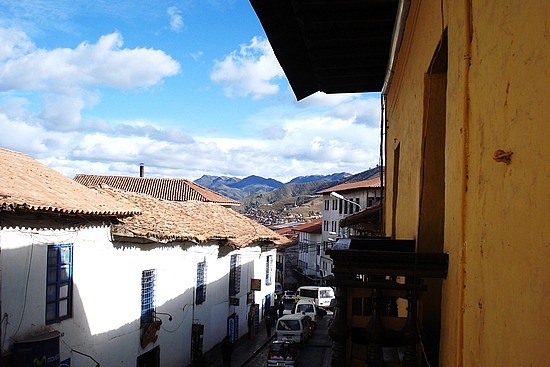 So we got off the bus in Cusco and hopped in a taxi cab with the Aussie guy, Alex, and two Aussie cousins, Sophie and Dominic. Alex was the only one with a hostel booked, a place called THE POINT, so we all decided we would follow him there, at least to start with. It was located right off the Plaza San Francisco, so right near all the other ones if we wanted to move, including Erin´s recommended one. We all ended up staying at THE POINT for the first night and today, moved to Pirwa hostel (Erin´s recommendation) because it was a lot cleaner.

We showed up yesterday and needed to eat ASAP. We went into this one little place and discovered that they served two things – half pound chicken with fries or one eight pound chicken with fries. So we ordered. Hahah… not the best meal of my life, but it did the trick. After that, we head back to the hostel for showers and then began our search for cervesa (beer).

As it turns out, there was a bar in our hostel, so we started the night off with 2 dollar HUGE Brahma´s and so it began…

We ended up meeting MORE AUSSIES (we might as well have just gone to Australia!!) and attempted at a game of pool on the saddest pool table I have ever seen. Bumps in it, it was broken, missing 3 balls… ugh! WORST GAME OF POOL EVER PLAYED!!! None of us could sink anything!! We blamed it on the table, but I´m pretty sure it had more to do with our lack of skill and perhaps the number of Brahma´s we had consumed at that point. That little bar turned out to be our hang out of choice until maybe 11pm when a few of us head out for the clubs!

We walked there, through the plazas…. Got there, no ID required, haha! Danced our faces off, haha. Tried another place called MAMA AFRICAS and eventually, completely drunk from the Brahma and the altitude, stumbled home through the cobblestone streets to our hostel to pass right out. Surprise! I had no hangover today! Some did though…. And we do have one AMAZING hilarious video that surfaced today from the night. Will be uploaded as soon as I can.

Today we switched to the Pirwa hostel in Cusco. We hit up the market. I bought some leg warmers, haha. Everyone else bought the Peruvian pants and sweaters. Savannah and I intend to head back there tomorrow or the next day to stock up.

Tonight we are going for pizza and pasta. Then heading back to THE POINT to meet up with the pool playing Aussies as it is there last night. The other crew, Alex, Sophie and Dom are all heading up to Machu Picchu tomorrow morning so they won´t come along I´m sure. It´s an early start! We are considering a rafting tour for tomorrow or the next day and may try to bump out Machu Picchu up by a day or two, as the altitude is clearly not an issue for us, haha.

Ok, that´s it for now I think. I´m having issues uploading photos so that´s why you haven´t seen any yet. When I can figure it out, I´ll do it though! Lots of fun and amazing ones!!! All my love to everyone. Missing you all. But not missing the COLD!! Haha. I´ll check in tomorrow or the day after… sometime before Machu Picchu. 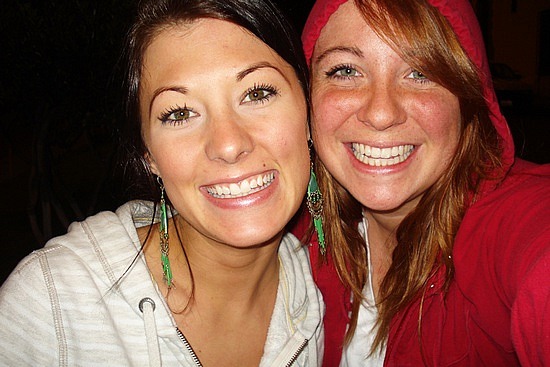