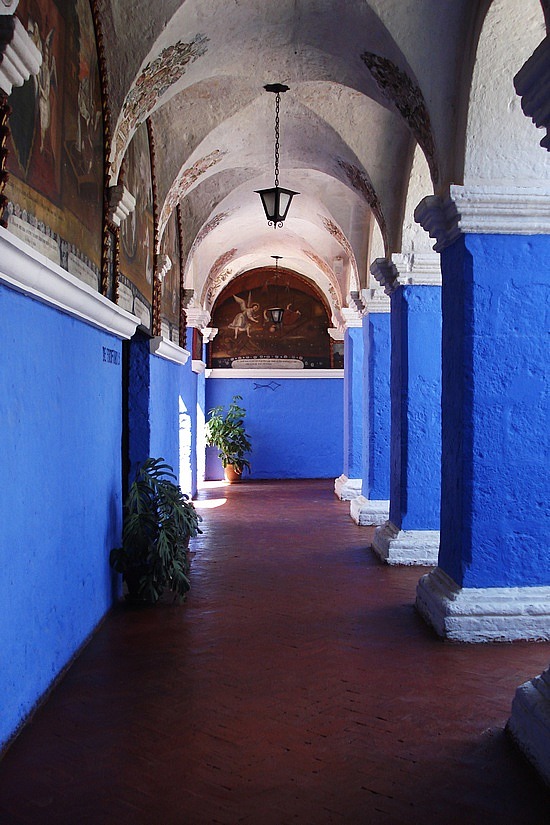 Wasting away on a sunny patio at the ZIG ZAG CREPERY (came highly recommended by Erin). Drinking milkshakes, cappuccinos and scarfing down chicken, egg and avocado crepes that are amazing by any country´s standards. The day is so hot here today…. and even with SPF40 coating our bodies…. within 10 minutes we can start to see the color peak through on our skin. The patio here shares a courtyard with a Peruvian daycare. All the buildings here are white and beautiful, holding true to the city´s name “La Cuidad Blanca” (The White City). 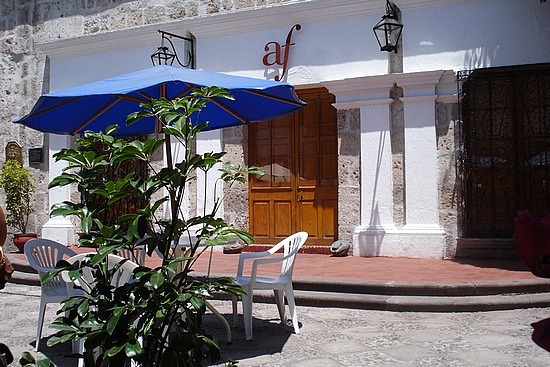 Lonely Planet writes it up as: Occupying a whole block and guarded by imposing high wall,s it´s practically a citedal within a city. It was founded in 1580 by a wealthy widow who chose her nuns from the richest Spanish families, but her new nuns kept living it up in the style to which they were accustomed. After almost three centureies of these hedonistic goings-on, a striact Doinican nun arrived to straighten things out. The complex remained shrouded in mystery until it was forced open to the public in 1970. Today it´s a meditatively mazelike place that lets you step back in time to a forgotten world of narrow twisting streets, tiny fruit-filled plazas, hidden staircases, beautiful courtyards and ascetic living quarters.

It was really awesome to see. We have lots of photos of the fountain… which is constructed of penis-shaped structures, haha! After that, we booked our busses to Tacna tomorrow (our first top on the journey to Chile… Tacna to Arica to Iquique … all in one day). Nw its time to rest from ur sunny day, maybe a nap, listening to some beautiful music on iPod speakers.

After our nap last night, we went out on the town in Arequipa. The restaurants, bars and clubs were all dead. Empty. We tried our first Pisco Sour.. that was STRONG. Not that good, but hey. When in Peru….. We hit the sack early, disappointed in the lacking nightlife and people to meet in this city. This morning, we head back to our favorite crepery for one more try!! DELICIOUS! Our final accomplishment would be to find the SHOELACE MAN (this is a guy who walks around the Plaza COVERED in shoelaces, selling them. Apparently you can´t always see him but you can hear him yelling out SHOELACES in English and in Spanish all across the plaza. Erin told us of him…). We sat in the plaza for awhile this morning, but no luck. He must have moved on because he realized how dead and boring this city was. Now it´s off to Chile…. 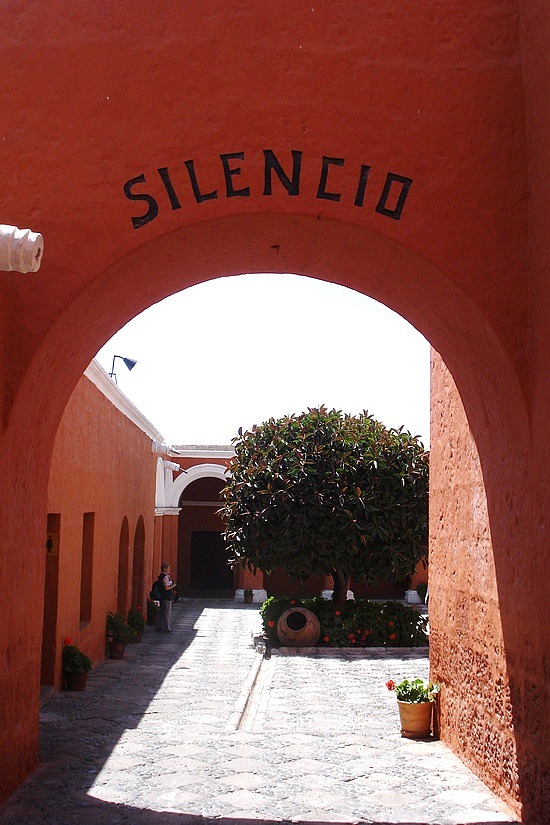