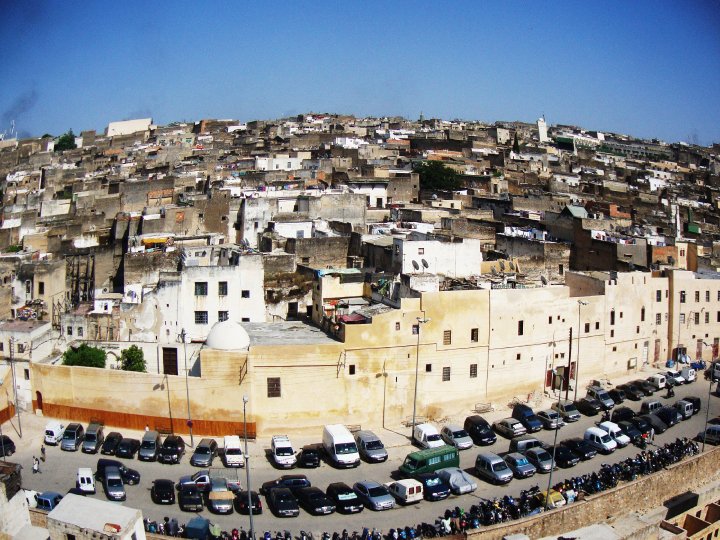 A friend of a friend recently was in Morocco and took the time to put together a tonne of first-hand information and emailed it over to me. This is going to be so helpful while on the road. There’s some pretty interesting things to prepare for… including being thought of as “loose” and carrying bars of soap for self-cleaning, haha! Oh, and does anyone know where I can buy a new entirely loose-fitting linen wardbrobe? Haha.

The Email from Vanessa

super overwhelming to arrive here after travelling for hours and hours, but it’s an awesome place. Make sure not to pay more than 50 dirhams for your ride into town from the airport-it’s barely worth that. You can and should argue the price down. When you get out of the cab, make sure to grab your bag and don’t let a porter take it to your hotel for you. Just have a map and an idea of where your hotel is. Ask other hotel owners or business owners for directions, NOT people on the street or stall owners because they will try to sell you their wares or try to lead you to their friends businesses.

I spent 5 days in Marrakech because my friend’s luggage got lost in transit, and there’s tonnes to see. Spend a day in the market (sook) at Djemaa el fna. GET A MAP or be prepared to spend lots of time wandering around. You will be lead astray by anyone you ask for directions, so don’t pay attention to people who tell you where to go or who ask for money. Make sure to see the spice section, dyers  section, and the furniture is beautiful. At the other side of the market is a gorgeous medersa (Muslim school, kind of like a monastary) that is surrounded by other historic buildings like a museum and an old roman temple. See them all, they’re worth it. Some names I remember are the Koutoubia mosque (where the clocktower is)

The old fort and palace are fantastic too- within walking distance of the main square. See the Yves St Laurent gardens (Majorelle Gardens), the clocktower and just spend a day making sure you see everything in the old city. Watch the sun set on a rooftop patio over the square (when I say square, I mean the Djemaa el Fna). Try the flat pancake looking things that are layered like phyllo pastry-they are AMAZING. Be mindful of the exchange rate when you buy things from vendors and ask the price FIRST…my friend spent $20 on a bag of dates…

We took a bus through the pass and up into the atlas mountains. It was beautiful, but will make you queasy. We stopped at a small town with a huge old castle of these two brothers that used to run the area…the ghabloui I think they were called. It was cool, but most people hire a car from marrakech to take you there and back in a day. We were “backpacking” so chose a more difficult way of seeing it and ended up hiring the one taxi in the town to go to ouarzazate from there. Drive there was lovely, the city should be skipped.

this place is awesome. It’s an oasis in the middle of the desert, and the drive there is amazing. The desert is pink and there are sporadic oasis full of ROSES! Awesome! Tinerhir has a huge gorge (Todra Gorge) you can stroll around for a day or start treks from. I wish we had had time/foresight to do one. I also wanted to spend more time in the palm forest there. Honestly I wish we had spend more time in this area exploring the old castles, and the awesome landscape. There’s some old caravan route or something that’s famous around there…don’t remember what it’s called but it would have been worth checking out.

We hitched a ride from Tinerhir to Merzouga to do an overnight camel trip. Ask your hotel/hostel or check the Lonely Planet (which you NEED TO GET) to see which companies to use. When we went, there was a sandstorm AND a rainstorm, and the desert is bloody cold at night so bring a wind/waterproof jacket (you should do this anyways, because it’s going to rain while you’re there). Bring a day bag that you don’t mind getting ingrained with sand, and clothes that you don’t mind getting gritty. DO wake up early to climb a dune and watch the sunrise; probably the best thing we did in Morocco.

I heard that another good place for camel rides was Zagreb

I really enjoyed Fez, it’s a pretty place with a cool old city and a few restaurants that don’t serve only traditional Moroccoan food. Check out the tannery, and take advantage of the city’s attempt at giving you a guided route through the old city that lets you see all the Medersas and Mosques. Except the wily Moroccans have made fake guide signs that lead to their own shops and “sights” so be careful and aware and don’t listen to people who try to point you down deserted passageways. Be VERY aware of pickpockets here. Travel to Meknes from Fez and check out the roman ruins of Volubilis (World Heritage Sight!), if you’re into that kind of stuff. I am, and I LOVED it.

Rabat is the capital city, and even though it’s tiny, you can tell they tried to make it fancy. If you go here, don’t spend more than 2 days because if the weather isn’t nice there isn’t much to see. There’s a cute old city, a beach, a city park and various other little sights scattered around.

If you want some beach time, or need to recover from a few weeks of intense travel, then make sure to hit this sleepy hippy beach town. We spent almost a week here decompressing from the more than a month of non-stop town hopping. The beaches are white sand, there are no cars or scooters allowed within the town walls (you will appreciate this after dodging motor vehicles in the rest of the country), and you can learn to kite board, which looks super fun. I would definitely try to make it here, if you can.

Apparently another sweet chill-out place is Agadir, or Tagazout.

GET THE LONELY PLANET GUIDE TO MOROCCO. Don’t get anything else. We had the Rough Guide and it was hard to navigate and didn’t have as great food and hotel etc recommendations, and the maps were horrible. Trust me on this, Lonely Planet wins every time. If you follow their restaurant recommendations you probably won’t get food poisoning as often.

We often would go to fancy hotels and take advantage of their rooftop patios or balcony restaurants to get a good view of a city and watch a sunset. Order a pop (Pommes= delicious apple soda) or a coffee or verbena tea and you can sit as long as you want.

Mint tea seems delicious until you overdose on it.

BRING IMMODIUM, GRAVOL, and get a prescription for Cipro (a hard core antibiotic) for bad stomach issues. Don’t eat ground meat if you can help it, but the chicken, lamb, beef that isn’t ground will be less likely to poison you. You will get food poisoning, but if you bring those things you won’t want to die during the long bus trips.

Bring toilet paper and hand sanitizer, and get used to squatting. Most toilets are squat toilets. I even started carrying around a bar of soap for hand…and other bit…washing.

Western women are a curiosity in Morocco. They assume that because you’re not fully covered, you’re “looser” than Moroccan women, who are respected and left alone. As a westerner, you will get looks and hisses and occasional harassment from both men and women, so just stand your ground and be respectful. Don’t engage in conversation with any of the men who say hello as you pass down the street. Try to wear loose, below the knee skirts or long loose pants and peasant tops, which are cooler than t-shirts. You CAN wear tank tops and tight shirts and western-style clothes, but you’ll be asking for more harassment than dressing “fashionably” is worth. Also, you can’t get into mosques if you’re wearing anything that exposes skin, so just don’t do it. Be respectful of the culture. I wore a wedding ring all the time and tried to always be with my friend (a guy) because I was uncomfortable on my own. Stay together. This isn’t meant to scare you, but it will just help you have a completely positive experience. If someone touches you or is treating you especially lasciviously, say “Shooma!” very loudly- it means “SHAME!”.

Morocco is newer to tourism, and the country is quite poor, so their primary motive when interacting with tourists is to get money. I hate to say this, but be suspicious of every “random nice person” that approaches you, offering to help you find somewhere to eat or stay. Just say no, be polite about it, but say no. They are VERY VERY insistent, and sometimes it takes awhile to see that they are trying to sell you something or have ulterior motives, so just say no right away. This, again, sounds bad…but it will help you enjoy the country, which is interesting and awesome in many many ways. People will try to charge you for EVERYTHING. Pick your battles; sometimes it’s worth spending the $1 just to avoid a fight about how much you’re going to pay to have someone throw your luggage in a bus.

Try to travel by train; just more comfortable, faster, and it’s like $5 more expensive than the bus.
Taste the pigeon pies (not kidding) and lamb dishes and tajines.

Bring a little container of laundry soap and a laundry line (you can get portable ones at MEC). I don’t know how you’re planning on travelling (hostel and backpack, or luggage an hotels) but laundry places are harder to find than in, for example, south america or europe, and it’s easier to just wash your underwear or other clothes that you drench in sweat in your hotel room than hunt one out. Also bring a sleeping bag liner (from MEC) either silk or thin cotton just in case you get somewhere where you don’t want to sleep in the sheets. Bring a little travel pillow for sleeping on the bus or train. English novels are harder to find in smaller towns, so capitalize when you get somewhere like Essauaria or Marrakech and you need something to read. This stuff is pretty backpacker specific, so feel free to ignore it all.