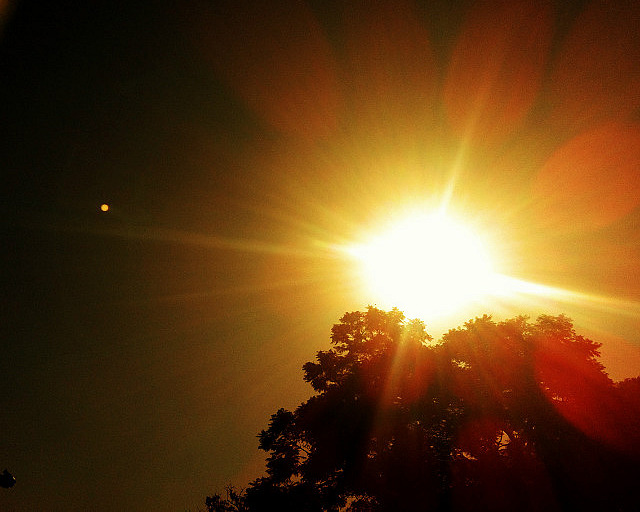 I just had 12 pairs of underwear, 8 tops, 2 pairs of pants and 2 skirts washed, dried, pressed and folded for the bargain price of 18 pesos. That’s less than 5$. It costs me more to do my laundry myself at home in our building’s communal laundry room. Plus I’m a lazy asshole and usually leave the clean stuff in a pile on the floor until I wear it again rather than hang it up or fold it and put it away in my drawers. Which usually means it’s wrinkly by the time I go to wear it again. Hell, I’d pay 5$ any day for this kind of service.

Best part is… you should have seen the guy working there that was busy all day folding my lacey intimates. he was about 6 feet tall and I’d guess about, maybe 250lbs. What a visual. You can’t this stuff up, I tell you. Oh and I wasn’t guessing when I said 12 pairs of undewear. I counted. Not because I’m suffering from a severe case of OCD (although that’s not a completely unbelievable reason considering I do have a weirdly amazing memory when it comes to numbers… my old boss used to call me Rainman) but because I’ve been traveling before, and traveling in South America before, and it’s been known to happen. You know, when you pick up your laundry and you’re pretty sure you’re missing a g-string or two? No joke. And then once you begin to question this, you then start imaging what this 250lb man wants with my g-strings… and let me tell you, that is not a place you want to let your mind go. Ever.

For the record, this guy returned every last article. Smelling much better than when I left them with him. Perfect gentleman. Hehe.

Over the last week or so, it has become pressingly apparent to me how white I’ve become. Yes, I realize I live in Canada and no, I’m not a guidette. But as a flight attendant, who thinks I am simply nicer looking when I am bronzed, I bid Cancun overnights. (Of course that has nothing to do with my love for a good night out dancing and drinking cheap beer.) Being in Cancun every week or two, I manage to maintain a nice glow. With the freckles and red hair, it’s still apparent that I am Celtic Caucasian. I swear I’m not trying to fool anybody. But a nice glow looks better. I swear. Even my skin-cancer-preaching friends have agreed. Some people, like my dearest friend Savannah, pull off that creamy white perfect skin look. I simply do not.

One would imagine being in South America would ensure I was getting a lot more sun than normal and hence, a darker tan, but our classes were in the afternoon, and as I think I may have mentioned in another entry, Buenos Aires has just entered fall and the last week had been pretty overcast and not all that hot. Our classes ran from 2-6, and although it was technically very possible to wake up early and go lay out the park, we never seemed to be able to get out of bed before noon. And then we had to do our homework, as we never did it the night before. We were far too busy lazing about and drinking wine… or going out for a couple drinks and rolling in around dawn.

We woke up Thursday morning–I mean, afternoon. We had came in just after 7am the night previous, or that morning, whatever, and had optimistically set our alarms for 10am. And had woken up around 1230. We quickly made up some jambon y queso sandwiches and filled our water bottles with orange juice and, feeling absolutely foggy and exhausted but committed to obtaining a tan, we head out for to the closest subway station. A big fleece blanket folded in our arms. We had decided we were going to skip school that day. Everyone had missed a day here or there it seemed, so we felt we were entitled to it. We had agreed we would save it though, for a sunny day. And we knew that day was going to the be the hottest of the week. We wanted to go back to Parque Lezama (you know that park with the old men playing chess and young couples making out and all that from a few blogs back?).

I had taken the subway once already on the trip and was sure after my experience with underground train systems in London, Santiago, Montreal, etc, I could sort us out no problem. I am also pretty good with maps, if I do say so myself. We managed to get to the park without much incident. I had to buy an overpriced bottle of water so that I could use a local restaurants toilet, and once that was taken care of, we set up shop at our little spot in the sun.
We spent the afternoon laying out, soaking it up, reading and tossing and turning, exhausted and hungover. The park was just as lovely as we remembered. Great for people watching. There were beautiful local men, young couples, hippies hula hooping and practicing some sort of tai chi or energy dance (I’m not really sure to be honest), men wearing high-waisted 90s jeans with hairy chests doing push ups and a group of people (I think it was a class or something) doing some kind of pole gymastics type thing. I have no idea what it was but it was entertaining enough to watch them learn their new tricks.

When the sun began to hide behind the trees and I woke up, slightly less foggy, from my afternoon siesta, we decided to head back to the apartment to make some dinner and study for our final exam that was the next morning at 9am. (Of course we had made ourselves feel less guilty about skipping by claiming to spend the day at the park studying, and we had even dragged all of our books there, but shockingly, it just never happened.)

Taking the subway back home, during rush hour, was a bit of a different experience. On the first train we were squished in so close to everyone, we couldn’t move. Our bums were touching other bums. There was hair tickling my face, and I’m not sure it was mine. There were at least three other women’s ponytails in very close proximity to my face. At one point someone obviously couldn’t reach a handle for themselves, so they opted to use my waist. Yup. Just put their hand right on my waist and held on. I couldn’t even turn around if I tried to see who it might be. The worst though: I’m pretty sure I felt someone’s junk pressed into my hip. You know what I mean by junk, right? No, it wasn’t like when you felt your first boner at a school dance. This was just a soft collection of someone else’s “personal items” – some complete unidentifiable stranger, because like I said I couldn’t turn around or make sense or where anyone’s anything was – with nowhere else to go in this tight little squeese but right up against my hip. Awesome. Although it sounds incredibly awkward, it was sort of comforting (besides the whole junk part). To be held together like glue with all these people. These strangers. So intimate.
Haha, ok. I am starting to realize how creepy that sounds. Nevermind.

Note to future travelers in Buenos Aires. Seal those purses and watch your pockets during rides like these. Prime opportunity for a pick pocket. Or copping a feel.
It was our last day of school today, which meant we had an exam. At 9 o’clock in the morning. Which might seem like a completely reasonable time for an exam, but I have been sleeping until noon for almost three weeks. This was painful. We made it to class just as the bell rung (I know, there’s a bell… so cute right?) and sat down to write our exams. Ready to apply all my new knowledge. We had stayed up last night studying for like an hour and a half. How to conjugate all these flipping Spanish verbs. And when I opened the test, we got asked to do like seven of them. And they were super easy. (Although I did get too confident and ended up getting one wrong. I know!)

I passed the exam with a 97%. A good mark, yes. But apparently I’m a little competitve when it comes to school. And Val beat me by 1%.

I was cursing that one stupid verb.

Our teacher took us out for gelato after our exams. (Yes, it’s sort of like being back in kindergarten when you’re beginning a new language.) We had to order our cold treats in Spanish and then sit out on the back patio licking them up, speaking only in Spanish. We took a cheesy group photo (which was of course my idea) and then said our goodbyes. Val and I head for home and set up camp on our rooftop terrace to try and build on the tans we didn’t really get the day before.

And well, it worked. I can officially wear my make up again because it matches the skin I had before I left for this trip. Haha.

Friday night was our last night in Buenos Aires, so we took our sunkissed selves out with our friends Danny and Alejandro (the Suiss guy from school) and hit a few of our favorite spots before we had to leave the next day. Dinner at Parilla was great as always… but Alex ordered us a round of “fernet”, which is a local drink they all seem to enjoy here with coke. Well, we had shots of it. It’s DISGUSTING. Worst than Jagger. Worst than… I dunno, everything. And it is sort of responsible for my foggy memory for the rest of the evening. Haha. I don’t recommend trying it – even if it is local and traditional and blah blah blah.

So with that, we had to bid Buenos Aires goodbye. That city is a gem. It’s spectacular in it’s own way. It’s ugly and magnificent all at the same time. It’s huge and overwhelming, yet the experiences and places are intimate and cozy. It’s definitely somewhere I’d recommend, if for nothing else than a lazy day at the park, a beautiful dinner at La Parilla de Honduras, a huge glass of local wine and a crazy, somewhat memorable night on the town (depending on how much fernet you get convinced to have). And of course there is the tango….